Predicament of Women in Pakistan: Ranks 145th out of 146 countries in Global gender gap - The Daily Guardian 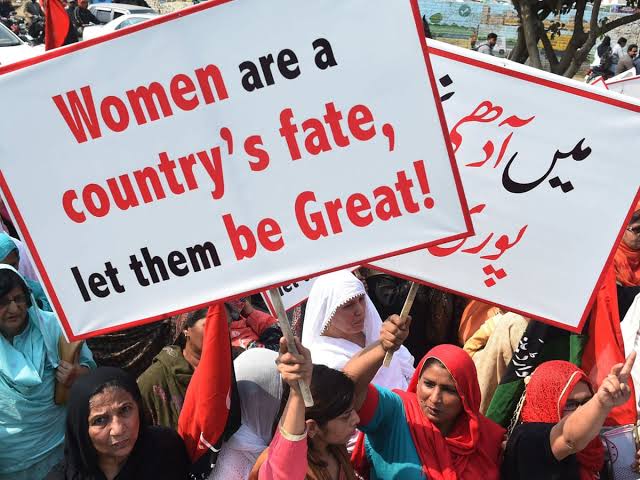 The Pakistan Human Rights Commission suggested that introducing a mere national action plan and comprehensive anti-trafficking legislation will not be enough to bring about change until they are implemented and practiced. The situation of human rights, especially for women, has been alarming in Pakistan.

On July 30, the World Day Against Trafficking in Persons, Pakistan’s human rights organisation released its 2021 report on trafficking and expressed alarm over the state of women and girls in the nation.

The HRC report of last year stated, “In order to identify the root causes and magnitude of trafficking, there should be a system to collect, compile, and report data on various dimensions of trafficking in persons in Pakistan. Officials of concerned departments and LEAS should be sensitised and their capabilities built to identify and report a crime.”

Additionally, it said, “Developing a comprehensive anti-trafficking legislation and National Action Plan will not make a difference until they are implemented or practised on the ground. There is a need to develop synergy and story coordination. All stakeholders to prevent trafficking, protect victims, and punish traffickers. “

The World Economic Forum (WEF) report, which painted a sombre image of the condition of women in Pakistan, classified Pakistan as the second-worst nation in terms of gender parity, according to a media source.

A survey conducted by the World Economic Forum declared that Pakistan ranks 145th among 146 countries in the Global Gender Gap Report.

Data showed that Pakistan has over 107 million women and a gender gap of 56.4 percent.

Pakistani President Arif Alvi declared that his nation is determined to eradicate the threat of human trafficking by putting in place a strong coordination infrastructure that would allow for the prosecution of traffickers and the protection of victims.

He said, “Pakistan has embarked upon stringent anti-trafficking measures to enforce legal frameworks in line with international standards. Pakistan has enacted the Trafficking in Persons Act, 2018 to prevent and combat trafficking in persons, especially women and children. This law prescribes imprisonment of up to ten years for the perpetrators of such illegal acts. I would take this opportunity to extend my appreciation and acknowledgement to the federal and provincial governments and all other relevant stakeholders who came together to fight this crime. “

The Commission of Inquiry on Enforced Disappearances in Pakistan has received 8,463 complaints regarding enforced disappearances since March 2011. The activists claim the actual figure is greater, HRW reported.

Related Topics:PakistanWorld economic forum
Up Next

﻿CHINA FIRES MISSILES, 5 BELIEVED TO HAVE LANDED IN JAPAN’S EEZ