PRC BELLIGERENCE WILL FIGURE IN INDIA’S 2+2 MEETINGS WITH RUSSIA, US - The Daily Guardian 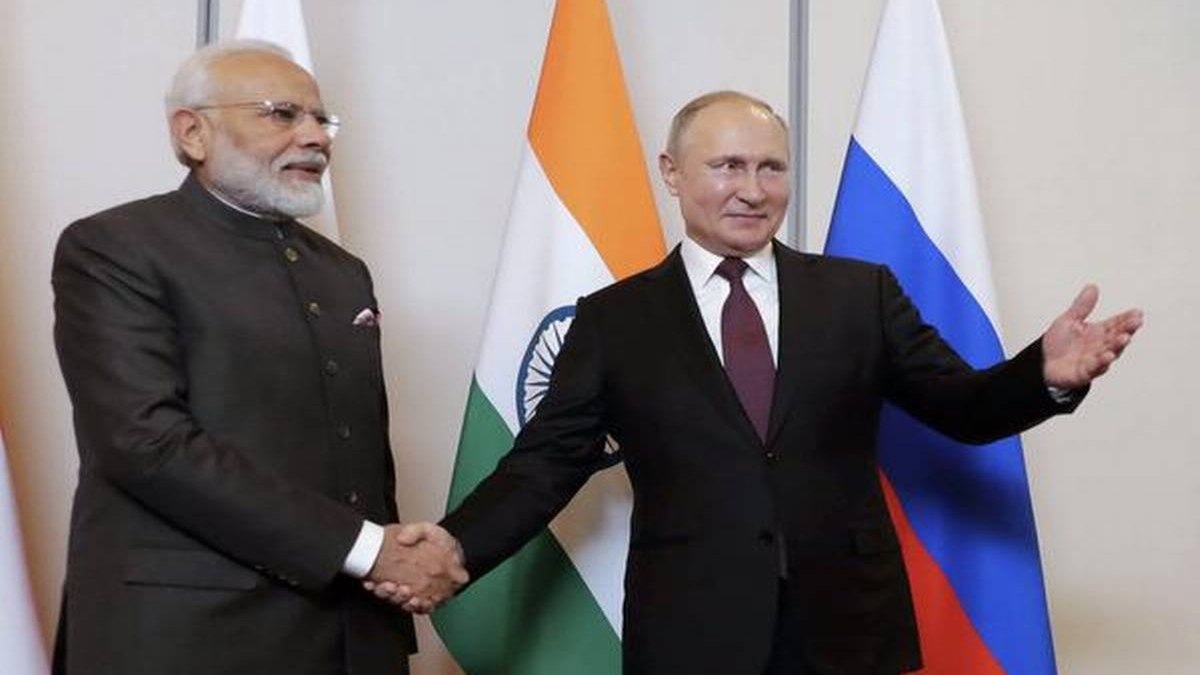 With India ready to hold talks with both the United States and Russia in the “2+2” format, Indian diplomats are keen to include in the respective dialogues the issues related to China’s belligerence and the deteriorating situation in the Taliban-ruled Afghanistan. In what augurs well for India’s diplomatic mission to send a message to China during these talks, Moscow wants Delhi to increase its presence and play a bigger role in Afghanistan and Central Asia “to balance China, which is highly active to make massive inroads in the region that is considered to be the backyard of Russia”. Sources in the Ministry of External Affairs (MEA) told The Daily Guardian that Russian President Vladimir Putin’s Delhi visit on 6 December will also be a message to China and for those who are seeing Sino-Russia partnership as a development against India.

First, Putin has chosen India as his first maiden bilateral stop since the pandemic. “Putin’s decision to visit India, not China, on his maiden bilateral visit since the pandemic is a message to those who have been interpreting Russia-China partnership as something against India’s interests,” said a diplomat, who is with the team, preparing the agenda for the upcoming India-Russia 2+2 talks which may take place either a few days before Putin’s visit or may coincide with the same.

Ahead of Putin’s meeting with Prime Minister Narendra Modi and 2+2 talks between the defence and foreign ministers of India and Russia, it is quite significant that Moscow has shown a keen interest in India “scaling up its presence and playing a bigger role” in Central Asia, mainly to check China there. Sources say that during the meeting of the NSAs last week, India and Russia, along with five Central Asian nations, had discussed China’s attempt to expand its footprints in Afghanistan as well as the Central Asian region. All these countries had backed India’s move to increase its relevance and play a much greater role in Afghanistan and the Central Asian region.

Another significant development that diplomats recall as something that lends a positive angle to India-Russia ties ahead of the talks is that Russia had backed India at the UNSC on not extending the 90-day travel waiver for Taliban leaders despite strong demand from China to grant a 180-day waiver. Similarly, Russia shares India’s security concerns resulting from the Taliban’s takeover of Afghanistan and the regime’s inability to improve the condition of the people in the country under their rule. Moreover, Moscow’s open support to India for a permanent seat in the United Nations Security Council does not go down well with China. Diplomats say that Putin will reiterate his support to India for a permanent membership of the UNSC.

What is also of importance is that India wants Russia to increase its presence in the Indian Ocean Region obviously to strengthen Delhi-Moscow ties in the seas, where China tries to carry out its expansionist agenda, sources said. “The upcoming talks with Russian and US foreign and defence ministers will be crucial as far as India’s strategic pursuit is concerned,” an official said. This will be the first time that Russia and India will have ministers meeting in this format.

India has talks in the 2+2 arrangement with the US, Japan and Australia who are members of the Quad. The “2+2” with the US is aimed to deepen strategic ties with the US in terms of the Indo-Pacific and the Quad, apart from strengthening bilateral relations between Delhi and Washington.

External Affairs Minister S. Jaishankar and Defence Minister Rajnath Singh are expected to travel to Washington for the fourth India-US meeting. Dates are being finalised for the same. The agenda, according to sources, will include China’s aggressive behaviour and the regional security concerns resulting from Afghanistan falling to the Taliban.