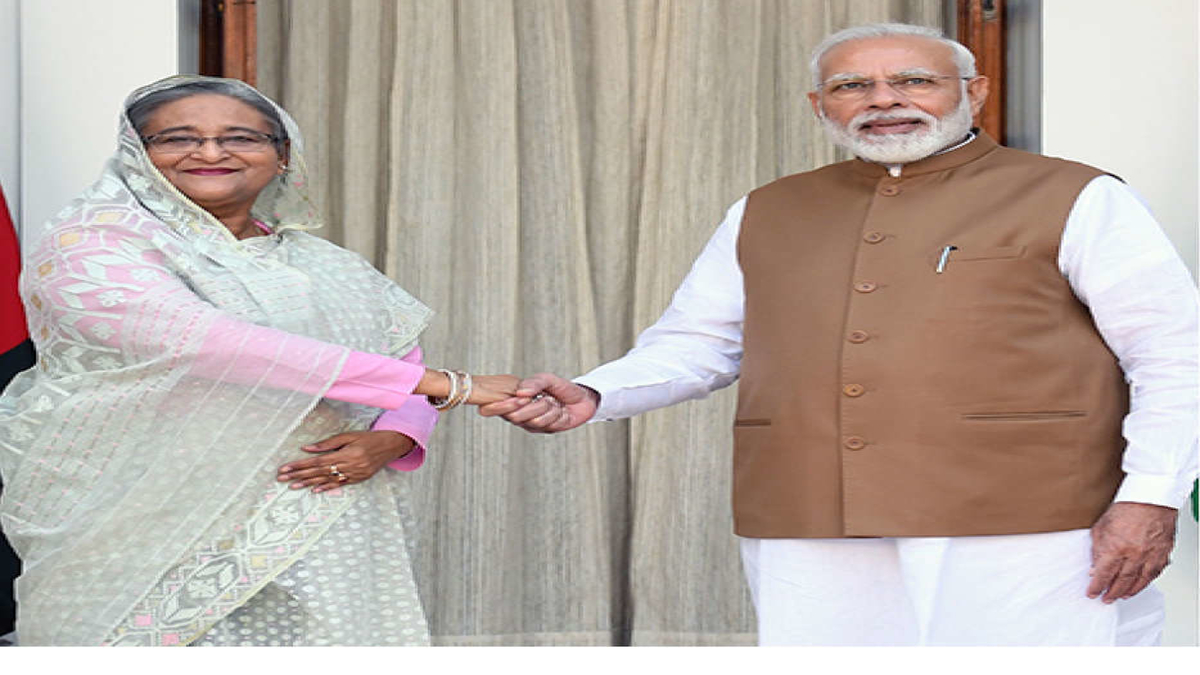 The visit of Prime Minister Narendra Modi to Dhaka on the eve of Bangladesh’s 50th Independence Day on 26 March as the ‘honoured guest’ will not only be a diplomatic tour but also a bridge of the cultural connect of the two countries.

PM Modi is slated to travel to Bangladesh on 25-26 March for the second time since 2015, his first-ever foreign tour after the Covid-19 pandemic. PM Modi’s visit to Dhaka will be in connection with three epochal events—Mujib Borsho (birth centenary of Sheikh Mujibur Rahman); 50 years of the establishment of diplomatic ties between Bangladesh and India; and 50 years of Bangladesh liberation war, reported eureporter.

Bangladesh-India relations are multifaceted in nature and rooted in a shared history, geographical proximity and commonality in their cultures. The emotional bonds stemming from the contribution of India towards the liberation of Bangladesh remain a dominant factor in the country’s political, social and cultural web.

Louis Auge, in an article in eureporter, states, “Economically and commercially, the two countries are becoming increasingly closer. Besides, the dependence of Bangladesh on the common river waters remains an ever-present reminder of the umbilical links between the two countries.”

Bangladesh is the recipient of India’s largest-ever financial assistance. Prime Minister Modi, during his last visit to Dhaka (June 6-7, 2015), had announced that India would provide Bangladesh a Line of Credit of two billion USD. The credit carries the lowest ever one per cent interest rate with a repayment period of 20 years and a five-year grace period.

These credit lines are used by Bangladesh to complete its 14 infrastructure and transport projects. Out of these 11 projects are in the railways’ sector for the supply of locomotives, tank wagons, flat wagons and brake wagons to Bangladesh, as per eureporter.

The private sector initiative comes in parallel to the Indian government’s effort to bolster relations with Bangladesh. 38 Indian investments had been registered with the Board of Investments (BoI) in Bangladesh for about USD 183m in the preceding years, writes Auge.

Major Indian companies such as Bharti Airtel, Tata Motors, Sun Pharma, Asian Paints, Marico, Godrej, Venky’s Hatcheries, Parle Products, Forbes and Marshall have invested in Bangladesh in the recent past. At the Bangladesh Investment and Policy Summit held in Dhaka in 2016, two big industrial groups of India, Reliance and Adani, committed to making huge investments in Bangladesh to the tune of $1,100 crore.

Moreover, Dhaka’s average economic growth rate has been over 7 per cent for the last couple of years, thereby attracting Indian investment. The middle class is rising steadily and creating demand for consumer goods and services. The country has also graduated as a developing nation.

Further, the recent virtual summit between Prime Minister Sheikh Hasina and PM Modi while inaugurating ‘Maitri Setu’ (Friendship Bridge) on 9 March, has shifted the focus on regional connectivity. ‘Regional connectivity is not only strengthening friendship between Bangladesh and India but also proving to be a strong link of business’, Hasina had remarked. PM Modi also expressed the view that connectivity between Bangladesh and India will prove to be very important for the north-east region of India and Bangladesh trade as well.

Auge also focussed upon security aspects and said that Bangladesh-India relations have never been better. Bangladesh has already addressed major issues that remained matters of concern from India’s security point of view for a long period. Bangladesh has handed over to India a large number of North-East Indian insurgents who had been camping and executing anti-India operations from Bangladeshi soil. Bangladesh government did this even though there was no extradition treaty between the two sides. Anup Chetia, a major United Liberation Front of Assam (ULFA) insurgent and a constant headache for the Indian security establishment, has also been handed over to India by the country.

Meanwhile, Teesta river water sharing continues to remain a nagging problem. PM Modi has indicated that the problem will be resolved during this tenure.

THOSE WHO MOCKED PM MODI AS ‘CHAIWALA’ ARE NOW PLUCKING TEA LEAVES: RAJNATH