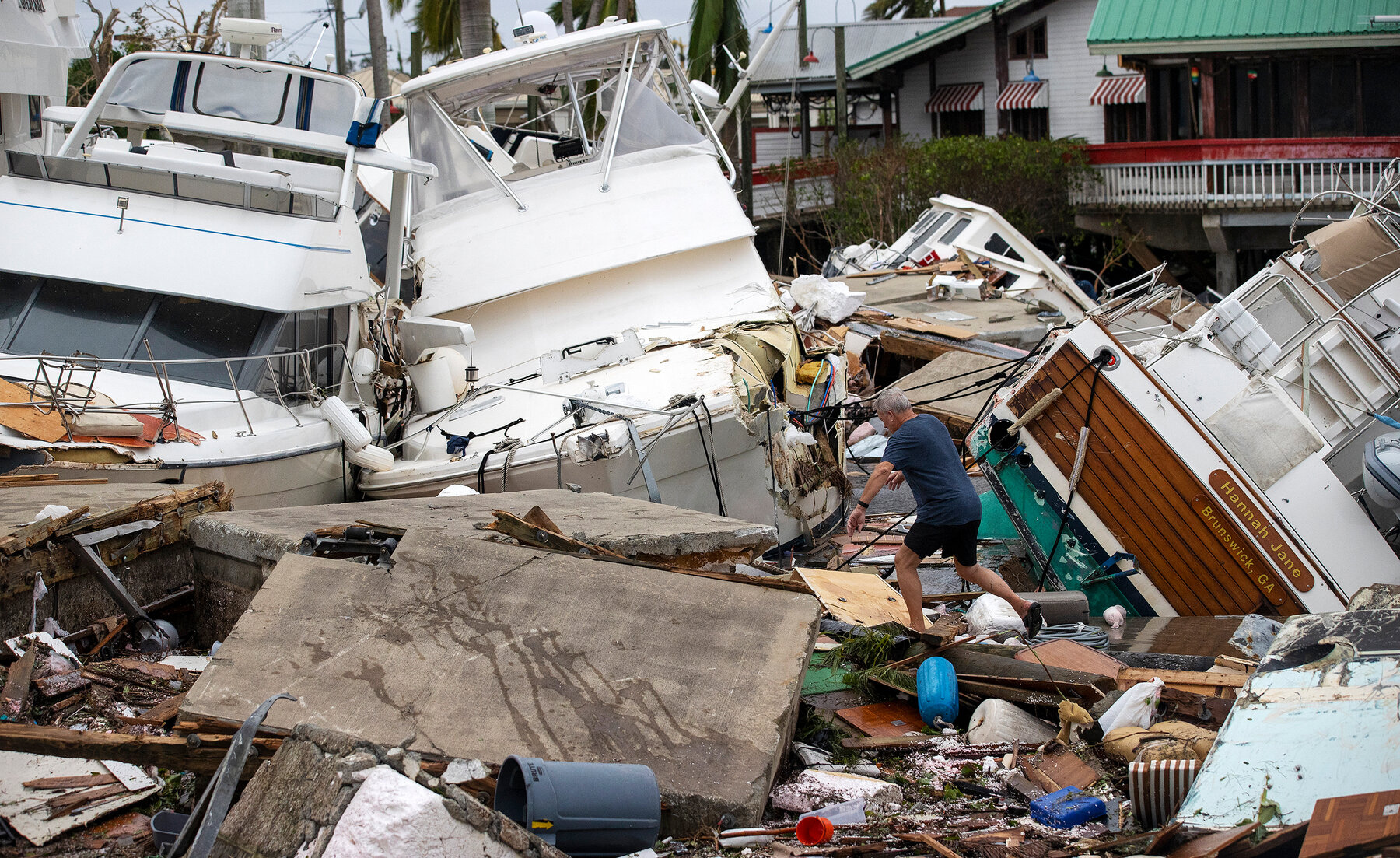 PM Narendra Modi on Sunday offered his “sincere condolences and heartfelt sympathies” to US President Joe Biden over the deaths and destructions caused in the country by hurricane Ian.
“My sincere condolences and heartfelt sympathies to @POTUS @JoeBiden for the loss of precious lives and devastation caused by Hurricane Ian. Our thoughts are with the people of the United States in these difficult times,” tweeted PM Modi.

According to the officials, hurricane Ian has taken the lives of 66 people in Florida alone and four people have died because of the storm-related incidents in North Carolina. CNN also reported that Ian knocked out the power supply for hundreds and thousands in Carolina.
Several miles inland in Western Florida’s Arcadia, river flooding continued to engulf a portion of the town like a lake on Saturday, making a state highway invisible and swallowing everything but the roof of a gas station.

Fort Myers is one of the hard-hit places by the hurricane. Here, the storm surge swallowed vehicles and many homes, damaging the power supply.
By Saturday evening, Ian was a post-tropical cyclone, continuing to weaken across southern Virginia. It could drop several more inches of rain over parts of West Virginia and western Maryland into Sunday morning, the National Hurricane Centre said.

Ian, a Category 4 hurricane, made landfall in southwest Florida on Wedneshe Fort Myers and Naples regions. According to CNN, it continued to move inland into Thursday, battering central and northeastern districts with destructive winds and flooding.
The hurricane later made a second landfall as a Category 1 storm on Friday in South Carolina between Charleston and Myrtle Beach, flooding houses and automobiles near the coastline and ultimately cutting off electricity to hundreds of thousands of people in the Carolinas and Virginia.
According to poweroutage.us, more than a million Florida customers were still without power as of Saturday night, and more than 99,000 customers in North Carolina were still without power.