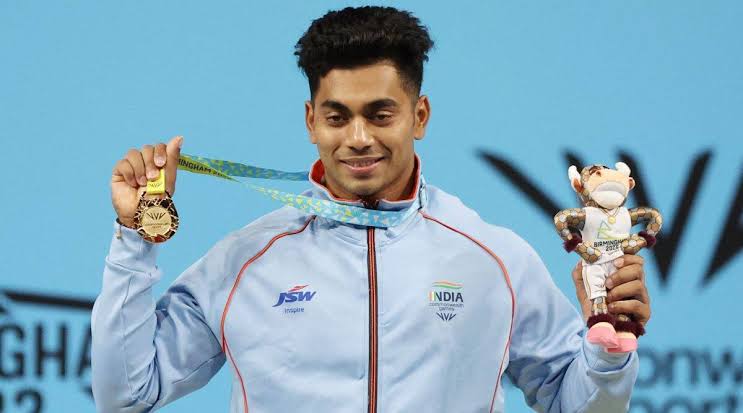 Greetings are pouring in for the weightlifter Achinta Sheuli, who carved history in the ongoing Commonwealth Games 2022 when he begged for the gold medal in the men’s 73 kg final.

Prime Minister Narendra Modi extended kudos to the athlete, saying that now she has won the medal, she will finally have time to watch a movie.

The PM shared a video on the micro-blogging site of him talking to the Indian contingent for the CWG Games, 2022.

In that video, PM Modi can be heard asking Sheuli questions about his passionate and committed outlook, as well as how his busy schedule prevents him from having time to watch movies.

Taking to Twitter, PM wrote, “Before our contingent left for the Commonwealth Games, I interacted with Achinta Sheuli. We had discussed the support he received from his mother and brother. I also hope he gets time to watch a film now that a medal has been won. “

In the men’s 73 kg final, Achinta Sheuli won the gold medal with a combined lift of 313 kg.

His final try in the snatch round during the competition saw him lift 143 kg, breaking the previous Commonwealth Games record.

“I am very happy. After overcoming many struggles, I won this medal. I will dedicate this medal to my brother and coaches. Next, I will prepare for the Olympics, “said Sheuli.

Regarding the category, Achinta Sheuli succeeded in clearing 166 kg in his first attempt in C&J but failed in his second effort at 170 kg, which would have set a new Games record.

However, the Indian’s final try at the same weight was successful, and Erry Hidayat of Malaysia was forced to register a 176 kg successful lift in order to overtake the Indian for the gold medal.

Related Topics:CWG 2022Narendra Modi
Up Next

Monsoon Session: Price rise along with other issues to be discussed in the Lower House, deets inside