Patience is running out, says UN envoy on engagement with Taliban 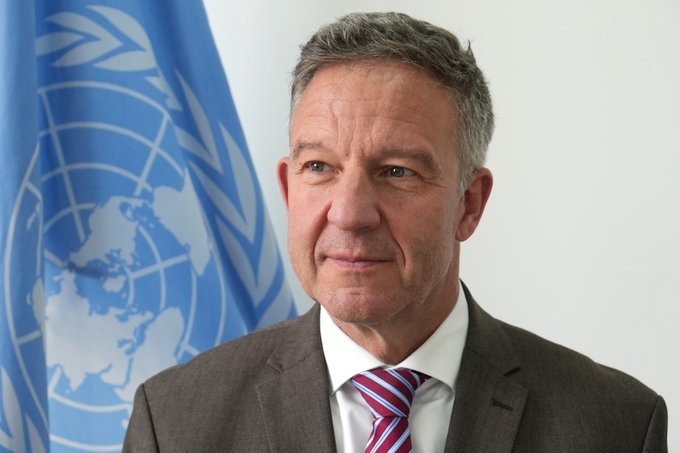 Patience is running out for many in the international community when it comes to effectively engaging with the Taliban, the UN deputy representative for Afghanistan Markus Potzel, told the Security Council on Tuesday.
Despite some positive developments over the past few months, the senior UN envoy for the country said they have been “too few and too slow and the negatives outweigh them”. “I am afraid that patience is running out by many in the international community regarding a strategy of engagement with Afghanistan’s Taliban authorities,” he said.
Potzel drew attention to the ongoing ban on girls’ secondary education and growing restrictions on women’s rights, as “signals that the Taliban are indifferent to more than 50 per cent of the population” and are willing to risk international isolation. “The relegation of women and girls to the home not only deprives them of their rights, but Afghanistan as a whole is denied the benefit of the significant contributions that women and girls have to offer,” he detailed.
This comes as armed clashes and deadly terrorist attacks have spiked in the country.
“Our earlier warnings about the capabilities of Islamic State Khorosan Province (ISKP) were dismissed by the Taliban,” he told ambassadors. “But ISKP has demonstrated in the last few months alone that it can carry out assassinations of figures close to the Taliban, attacks against foreign embassies, as well as fire rockets across Afghanistan’s border to attack its neighbours – all while maintaining its long-standing sectarian campaign against Shia Muslims and ethnic minorities,” said Potzel. And armed clashes are continuing between Taliban security forces and armed opposition groups in the Panjshir, Baghlan, Kapisa, Takhar, and Badakhshan provinces, the UN envoy continued.
“There are disturbing reports, as well as videos and photos, indicating possible serious human rights violations committed in Panjshir,” he said, calling for an investigation into allegations of extra-judicial killings there. He added that the mission will continue to carefully monitor these and other reports of serious human rights violations.