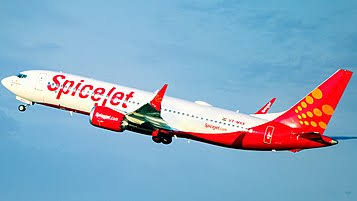 A passenger on a SpiceJet flight was “offloaded” because of his misbehaviour with one of the female cabin crew members, on Monday, the airline informed in a statement. In the video, the flight crew and passengers are seen involved in a verbal spat after a male passenger allegedly behaved inappropriately with a female crew member. The passenger was later deboarded off the flight. “On 23 January 2023, SpiceJet wet-leased Corendon aircraft was scheduled to operate SG-8133 (Delhi – Hyderabad). During boarding at Delhi, one passenger behaved in an unruly and inappropriate manner, harassing and causing disturbance to the cabin crew. The crew informed the PIC and security staff of the same. The said passenger and a co-passenger, who were travelling together, were offloaded and handed over to the security team,” the airline released a statement. The crew alleged that the passenger had touched one of the crew members inappropriately. On the other hand, fellow passengers claimed that it was an accident due to the confined area on the flight. The passenger later gave a written apology, but he was offloaded to avoid any further conflicts.