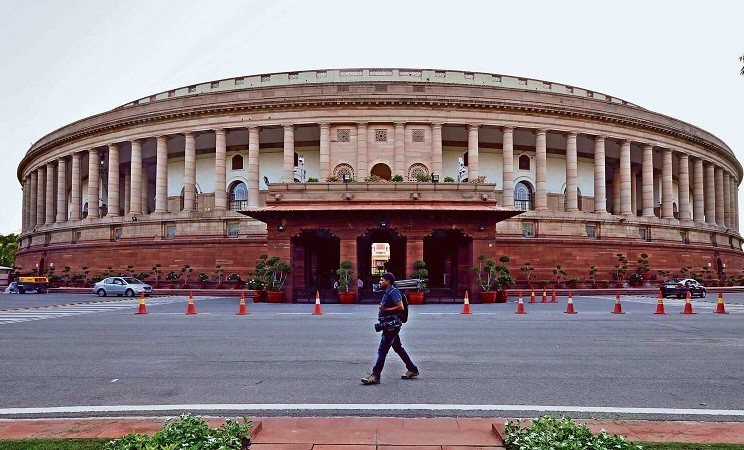 The monsoon session of Parliament will begin on Monday with the election of the 15th President of India. During the session, the Center will likely announce 24 Bills, including the Press Registration Periodic Bill, 2022. At the same time, the opposition has listed 16 issues.

A few hours before the start of the Parliament session, Lok Sabha Speaker Om Birla called upon the Members of Parliament to have a fruitful discussion on subjects related to the public.

Taking to Twitter, the Speaker of the Lok Sabha has said in a tweet, “The monsoon session of Parliament will begin at 11 am. The country’s people expect that there will be a meaningful discussion on the subjects related to them in the House. Honourable members should think and communicate positively on the issues of the country’s interest. Hope all the parties will contribute to this by enriching the dignity and decency of the House.”

Meanwhile, Rajya Sabha Chairman M Venkaiah Naidu sought a “farewell gift” during the Monsoon session as a meaningful and productive session, seeking the cooperation of all sections of the House.

According to sources, Mallikarjun Kharge, on behalf of the opposition, listed 16 issues for discussion during the monsoon session. These include strained federalism, Agnipath scheme, rising prices and uncontrolled inflation, fall in labour force participation rate, EPFO ​​interest rates, dwindling credibility of organisations like Election Commission, CBI, CVC, external threats to national security, hatred Filled speeches, undemocratic action against opposition leaders, rising crime in Jammu and Kashmir and attacks on Kashmiri Pandits and promotion and reservation in the private sector etc.

Moreover, some of the bills that are on the pending list include The Indian Antarctica Bill, 2022. The bill is pending in the Lok Sabha. The new bills to be introduced in Parliament during the monsoon session include the Central Universities Amendment Bill, 2022. The Government of India is set to bring legislation to regulate the Press and Magazines Registration Bill, 2019, which will cover the digital news media industry for the first time.

However, the monsoon session of Parliament will end on August 12, 2022.