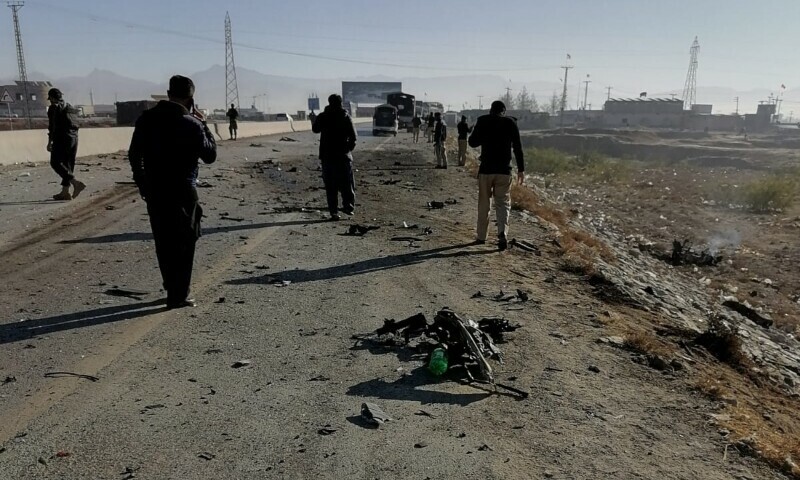 A suicide bomber targeted the Balochistan province of Pakistan on Wednesday, leaving two people dead and 24 others injured.

According to the Dawn newspaper, a police officer and a civilian were killed in the explosion that occurred in Quetta’s Baleli neighborhood. Twenty police officers and four civilians were among the 24 people injured during the attack, according to Quetta’s Deputy Inspector General of Police (DIGP) Ghulam Azfar Mahesar.

“The explosion took place near the police truck […] due to the impact [of the blast], the vehicle — which was on its way to provide security to police workers — toppled and fell into a ditch,” the police official told Dawn.
“Looking at the crime scene and given that the truck toppled, it is estimated that 25 kilogrammes of explosives were used (in the blast),” he added.

According to the senior police officer, the injured have been transferred to the civil hospital in Quetta.

The blast location has reportedly been blocked off, and an investigation is ongoing, according to Pakistani media.

Balochistan Chief Minister Abdul Quddus Bizenjo said in a statement that he has instructed for the best medical care facilities to be made available to the injured.

Bizenjo was quoted by Dawn as saying, “All the elements involved in the incident will be brought under the control of the law.”