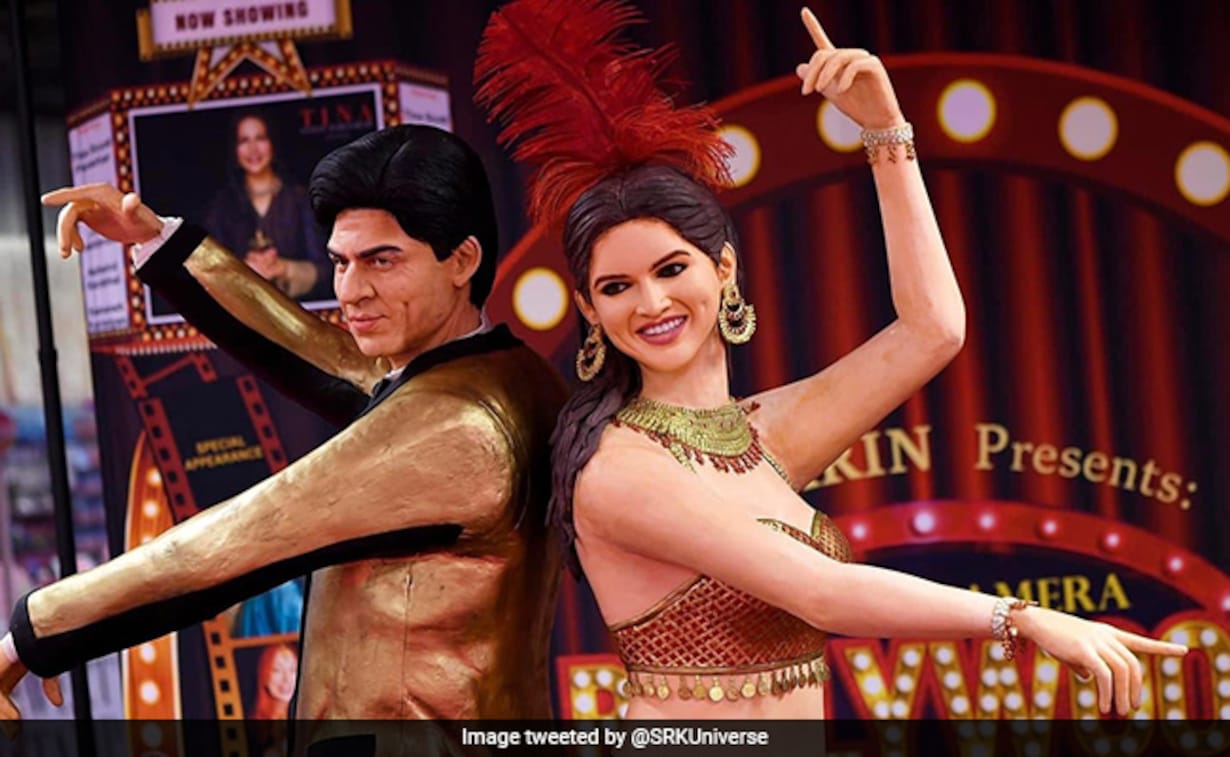 Even after 15 years of ‘Om Shanti Om’, the craze for the Jodi of Shah Rukh Khan and Deepika Padukone doesn’t seem to end. And to prove that, a cake artist went all the way to create a cake of Deepika and SRK’s signature pose from the movie at the world’s largest cake competition. The video of Deepika and SRK’s cake has gone viral on social media.
King Khan’s fan page with the username Shah Rukh Khan Universe Fan Club on Twitter dropped a video and pictures of the cake.
Along with the duo, Katrina Kaif’s cake was also seen in the pictures. The cake was made from Farah Khan’s other directorial ‘Tees Maar Khan’ and crafted from Katrina’s ‘Sheila Ki Jawani’ song. This amazing cake of actors was made by cake artist Tina Scott Parashar at Cake International Birmingham, the world’s largest cake competition. Sharing the video and pictures, they captioned, “#Pathaan stars – #ShahRukhKhan and #DeepikaPadukone’s cake of #OmShantiOm is the main display at Cake International Birmingham- The world’s largest cake competition. The cake is made by Tina Scott Parashar who completed making this special cake in a month. #CantWaitForPathaan (sic).”
Shah Rukh Khan and Deepika Padukone are coming together on screen with ‘Pathaan’ in January 2023.
SRK and Deepika’s film ‘Om Shanti Om’, which recently completed 15 years, is all set to be re-released in over 20 cities across the country including Delhi, Mumbai, Kolkata, Patna, Bhopal, and Ahmedabad among others.
The screening is scheduled for 17 November. The idea behind the special screening of ‘Om Shanti Om’ is of SRK Universe, one of the biggest fan clubs of Shah Rukh.
‘Om Shanti Om’ is Farah Khan’s directorial. The film marked Deepika Padukone’s Bollywood debut 15 years ago.
The blockbuster revolves around a struggling actor, played by Shah Rukh, who falls in love with a successful actress Shantipriya (played by Deepika). But before his love could blossom and his career flourish, he dies in an accident. Thirty years later, he’s reborn and avenges Shantipriya’s death.
After ‘Om Shanti Om’, SRK and Deepika reunited in films like ‘ Chennai Express’ (2013) and ‘Happy New Year’ (2014). And now the duo will be seen in ‘Pathaan’, which is all set to hit the theatres on 25 January 2023.
‘Pathaan’ is helmed by Siddharth Anand, and also stars John Abraham.