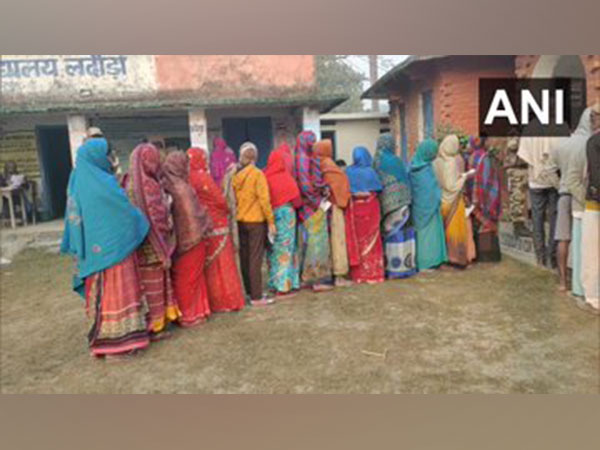 Padampur in Odisha had the highest voter turnout at 65.28 percent up till 3 o’clock among the six assembly byelections held in five states on Monday,

In Gujarat, voting for the second round of the assembly elections took place concurrently with the byelections. Data from the Election Commission of India (ECI) show that 64.86% of eligible voters turned out in Bhanurpratappur, Chhattisgarh.

A voter turnout of 48% was observed at the Kurhani assembly seat in Bihar, while by 3 p.m., 54.95% of voters in Sardarshahar, Rajasthan, and 40.20% in Khatauli, Uttar Pradesh, had cast ballots.

The lowest voter participation was registered in Rampur, Uttar Pradesh, at 26.32 percent.

Elections were also held for the Mainpuri Lok Sabha seat in Uttar Pradesh.

Following the passing of the incumbent MP and former chief minister of Uttar Pradesh, Mulayam Singh Yadav, in October, voting was mandated in the Mainpuri Lok Sabha constituency. Dimple Yadav, the spouse of Samajwadi Party leader Akhilesh Yadav, has been nominated by the party for the position. She is up against Raghuraj Singh Shakya, a former member of the BJP.