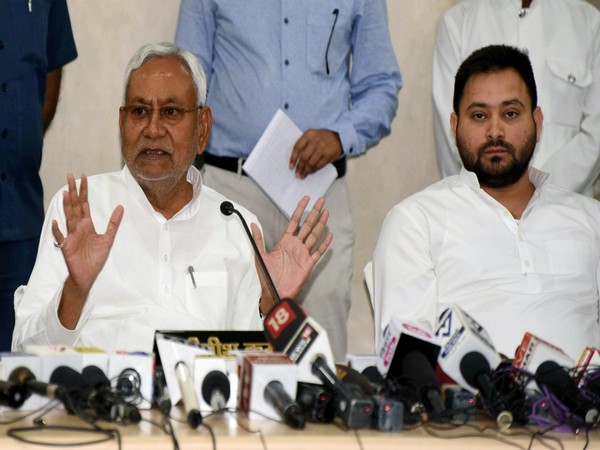 Nitish Kumar, the chief minister of Bihar, on Sunday launched a scheme in the Nalanda district under which floodwaters will be purified for supply to houses in the southern portion of the state.

After the inauguration of the Ganga Water Supply Scheme (GWSS) in Rajgir, he said the project has been developed keeping in mind the requirements in the four towns of southern Bihar for the next 50 years.

A total of 135 litres per person will be provided through the project, he added.

“It should be enough. Seeing the impact of this project, I will also plan something along similar lines for Patna, which is situated on the banks of the Ganga. In a few months, Ganga water will also reach Nawada. All four South Bihar towns will use Ganga water during the flood season and store it to tackle drinking water woes in the region,” he added.

He said that the project had been envisaged as part of the “Jal-Jeevan-Hariyali” project in 2020, in view of the water woes in the region.

“Now, avoid using borewells for drinking water as you will get Gangajal through your taps. You can drink and bathe in Gangajal on a daily basis.It will also reach all the temples and Nalanda University. This project will also help with groundwater recharge for agriculture. I have done a lot for Rajgir, which is a confluence of several religions. Its springs will also come alive,” he added.

The state’s water resources minister, Sanjay Kumar Jha, said that floodwaters will be lifted through pumps at Hathidah and transported through a 151-kilometre pipeline to three enormous reservoirs in Rajgir, Tetar, and Gaya. From there the water will travel to two Water Treatment Plants (WTP), where it is treated and transported to the cities.

“These three South Bihar cities of Rajgir, Gaya, and Bodh Gaya have been experiencing water shortages due to excessive groundwater extraction via borewells. It is a historic day for Bihar, and Nitish Kumar has been involved with it right from conceptualisation to implantation. He thinks ahead of time, and the project is a testimony to his foresight and commitment to making people’s lives better,” he added.

Deputy CM Tejaswhi Prasad Yadav said that the GWSS was a testimony to the vision of Nitish Kumar, “whose actions speak louder than words and achieve the improbable.” Finance Minister Vijay Kunar Choudhary said that by bringing Ganga water to the people, Nitish Kumar had done what people could not even imagine.

The project will most likely cost Rs 4,500 crore. According to officials with inside information, the Nawada phase is also under construction and ought to be finished by the end of June.