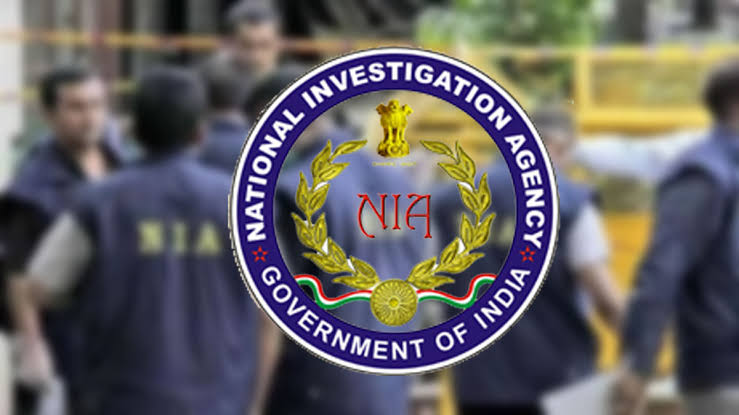 In a fresh crackdown against terror-gangster nexus, the National Investigation Agency (NIA) on Tuesday carried out searches at 13 places in Punjab, Haryana, Rajasthan, Chandigarh, Delhi and National Capital Region (NCR).
The places raided by the NIA included Fazilka, Taran Taran, Ludhiana, Sangrur and Mohali, districts of Punjab; Yamuna Nagar district of Haryana; Sikar district of Rajasthan; and Outer North District of Delhi and NCR to dismantle and disrupt the emerging nexus between terrorists, gangsters and drug smugglers or traffickers based in India and abroad in two cases registered in August 2022.
This is the third round of raids by the NIA in the case, and searches are part of the crackdown against organised criminal syndicates and networks, top gangsters, their criminal and business associates based in Punjab, Haryana and Rajasthan and arms suppliers based in Rajasthan and Delhi.
Searches were conducted at the houses or premises of Kaushal Chaudhary of Gurugram in Haryana, Vishal Maan of Prahalpur in Delhi, Binny Gurjar of Sangrur in Punjab, Ravi Rajgarh of Ludhiana in Punjab and their associates.
In a statement NIA said that it seized incriminating materials, including various types of contraband along with ammunition. “Investigations will continue to dismantle such terror networks as well as their funding and support infrastructure. Preliminary investigations have revealed that these gangs were carrying out targeted killings and were also raising funds to carry out such criminal activities through smuggling of drugs and weapons,” said the NIA in the statement.
“The recent sensational crimes and extortion calls by criminal syndicates and gangsters to businessmen, professionals, including doctors etc., had created a widespread scare among the people. These gangs were using cyber-space to publicize these crimes to create terror among the public at large.”
Investigations have also revealed that such criminal acts were not isolated local incidents but there was a deep-rooted conspiracy amongst terrorists, gangsters and drug smuggling cartels and networks, who were operating from both within and outside the country, the anti-terror agency said.
“Many gang leaders and members had fled from India and are operating from foreign countries, including Pakistan, Canada, Malaysia and Australia. Most of these conspiracies were being hatched from inside Jails of different States and were being executed by an organized network of operatives based abroad,” said the NIA.

The friendship between the people and the states of India and Israel is very strong and will survive the damage inflicted by him.
“The friendship between the people and the states of India and Israel is very strong and will survive the damage you have inflicted. As a human being I feel ashamed and want to apologize to our hosts for the bad manner in which we repaid them for their generosity and friendship,” said Gilon.
“My suggestion. As you vocally did in the past, feel free to use the liberty to sound your criticism of what you dislike in Israel but no need to reflect your frustration on other countries. I’m not sure that you have enough factual basis to make such comparisons. I know I don’t,” he added.
On Monday, IFFI Jury Head Nadav Lapid, at the closing ceremony of the film festival, called the film ‘Kashmir Files’ “propaganda, vulgar”. His remarks which have since gone viral have invited widespread criticism.
The Israeli envoy said Nadav Lapid has abused the Indian invitation to chair the panel of judges at IFFI Goa, as well as, the trust bestowed on him. “Our Indian friends brought @lioraz and @issacharoff from @FaudaOfficial in order to celebrate the love in #India towards #Fauda and #Israel. I suspect that this is maybe also one of the reasons they invited you as an Israeli and me as the ambassador of Israel,” he said.
“I’m no film expert but I do know that it’s insensitive and presumptuous to speak about historic events before deeply studying them and which are an open wound in India because many of the involved are still around and still paying a price,” he added.
Speaking as the son of a holocaust survivor, Gilon said he was extremely hurt to see reactions in India to you that are doubting Schindler’s List, the Holocaust and worse.
“I unequivocally condemn such statements. There is no justification. It does show the sensitivity of the Kashmir issue here,” he said.