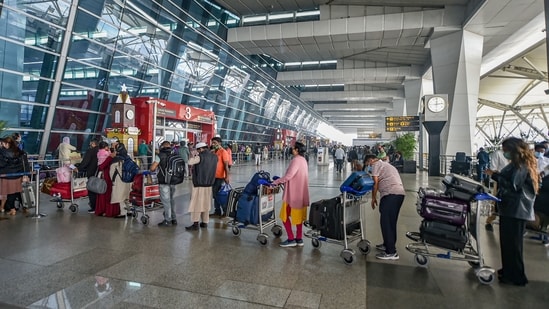 Days before the official debut of the services in the country, the New Delhi International Airport has enabled 5G for passengers.

“The passengers having a 5G-enabled mobile phone and SIM card will have better signal strength, seamless connectivity and faster data speed at the domestic departure pier and international arrival baggage area at Terminal 3, and between T3 arrivals and multi-level car parking (MLCP),” the GMR group which manages the airport said.

The rollout of the 5G network throughout the T3 terminal will take in phases.

According to the reports, Pime Minister Narendra Modi will launch 5G services at the India Mobile Congress on October 1.

During his address to the nation on Independence Day, the prime minister had said, “Now we are stepping towards the era of 5G… won’t have to wait for long. We are taking optical fibre to every village. I have full knowledge that the dream of Digital India will pass through villages.”

India is getting ready for the rollout of 5G services, and numerous telecom service providers have already prepared their networks. The government had sent letters of spectrum allocation to the major telecom companies in August, asking them to get ready for the launch of the services.

Reliance, owned by Mukesh Ambani Jio has already made the announcement that it will begin offering standalone 5G services in major cities around Diwali and that the network will be extended to the entire nation by 2023. By March 2024, Airtel, a competitor of Reliance, expects to roll out 5G services in 5,000 cities and towns.