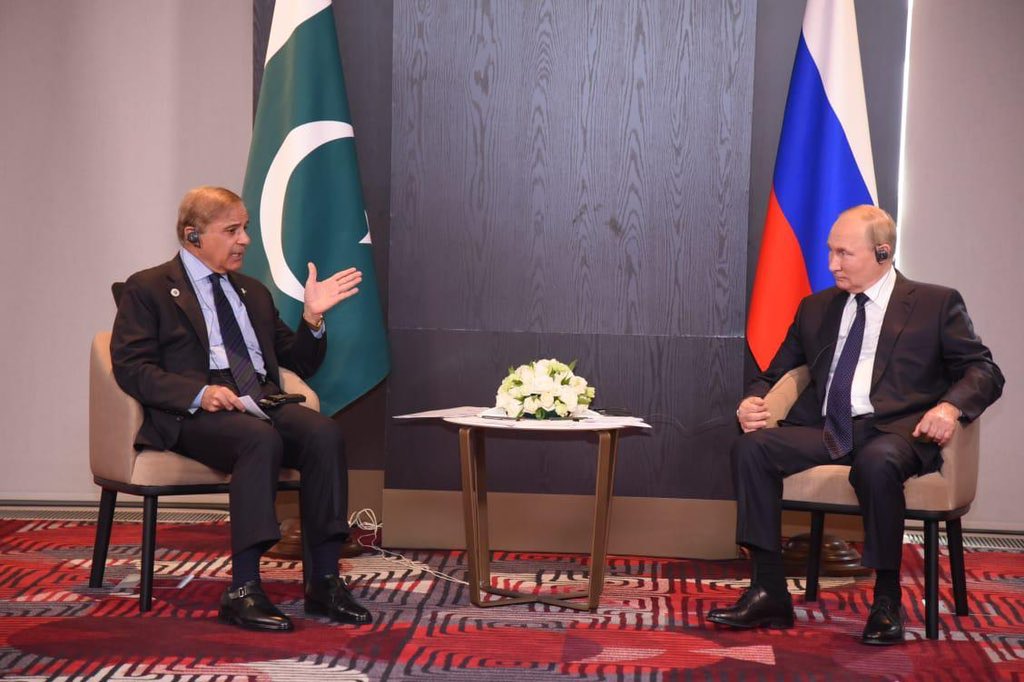 Shehbaz Sharif, the prime minister of Pakistan, made netizens giggle when he was pictured fumbling with his headphones. It was during a private meeting with Vladimir Putin, the president of Russia, outside the Shanghai Cooperation Organization (SCO) conference in Samarkand, Uzbekistan.

It also indicated that Shehbaz was requesting an assistant for help, but even with the assistant’s help, his headphones kept falling off.

He made the statement after Shehbaz tweeted, “It was a long but productive day in Samarkand. In my meetings with leaders of our friendly countries, we agreed to enhance trade and investment. I explained the flood ravages due to climate change. Food and energy shortages present a real challenge to our shared development agenda.”

In response, Suri tweeted, “But in the picture, one party is writing a note and the other is sitting idly like a beggar.”

PM Shehbaz is in Uzbekistan for a two-day trip to attend the SCO summit. According to reports, both leaders will discuss the Pakistan Stream gas project.

According to the Russian media, Putin said on Thursday that pipeline gas deliveries to Pakistan are feasible and that some of the required equipment is already in place.

On Friday, President Putin and Prime Minister Shehbaz Sharif of Pakistan met in Samarkand, Uzbekistan, on the margins of the SCO conference.

The high-level discussion took place after the prime minister travelled to the capital of Uzbekistan for a two-day visit, from September 15 to 16, in order to attend the annual meeting of the SCO’s Council of Heads of State (CHS).

Related Topics:PakistanRUSSIAShehbaaz Sharif
Up Next

‘Election Commission should give notice to Kejriwal,’ ex-bureaucrats write to EC