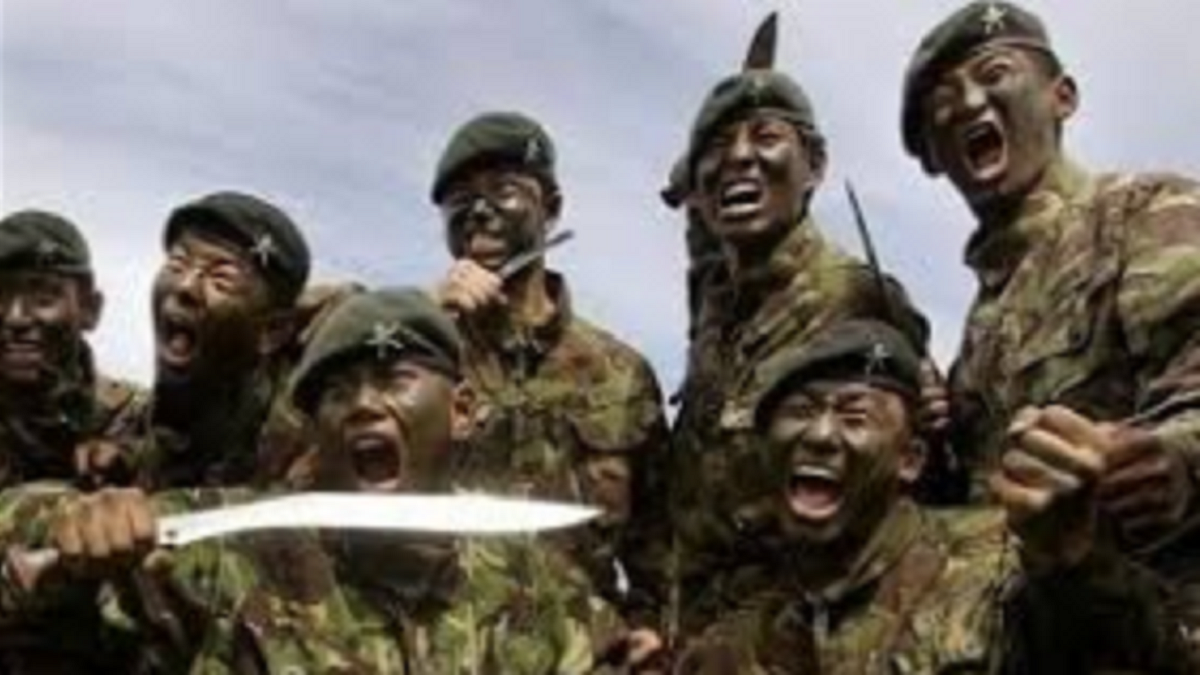 Gorkha soldiers have been an integral part of the Indian Army.

With the ties between India and Nepal already passing through a difficult phase, Nepalese Foreign Minister Pradeep Kumar Gyawali has said that the agreement of 1947 allowing India and Britain to recruit Gorkha soldiers is redundant.

At a function organised by the Nepal Institute of International Relations some time back, Gaywali said that the agreement was a legacy of the past. The Nepalese Foreign Minister’s observation is being seen as a fresh irritant in already strained relationship between New Delhi and Kathmandu.

The Ministry of External Affairs (MEA) is said to be in the firefighting mode after this development. This is yet another issue to be addressed by the Indian diplomats who are already grappling with the boundary row raked up by Nepali in the past.

What is important here is that India currently has approximately 35,000 Nepali citizens serving in seven regiments. Sources say that some of these Nepalese are deployed along India’s sensitive borders with China and Pakistan.

Sources told The Daily Guardian External Affairs Minister S. Jaishankar will have this issue as a key agenda in the meeting with his Nepalese counterpart in October this year. The ‘joint commission’ meeting at the level of foreign ministers is likely to be held in October, and MEA officials in consultation with their counterparts in Kathmandu are finalising dates for the same, sources said.

Before this meeting, Nepal is learnt to be pushing for a parley between foreign secretaries of both the countries for the discussion on Kalapani and other related boundary disputes, sources added. The last joint commission meeting between foreign ministers of India and Nepal had taken place in August 2019.

MEA top sources informed that the need to hold the joint commission meeting was discussed when Nepali Prime Minister K.P.S. Oli had a telephonic conversation with Prime Minister Narendra Modi on 15 August. It was decided that a meeting between foreign ministers should be held as soon as possible.

Sources told TDG that key issues, which are important from the point of view of bilateral relations between India and Nepal, are to be discussed. Indian side wants to settle the disputed issues, including the boundary row, once and for all during this meeting.

The Nepali foreign minister’s controversial statement regarding Gorkha’s recruitment in Indian army will also be taken up during the meeting, an official said. “This is a big issue that could put more strain on the ties between Kathmandu and New Delhi, with Beijing waiting in wings to derive some mileage out of it,” a diplomat said.

At the same time, Prime Minister’s Office (PMO) has not yet given a green-signal for the discussion on Kalapani issue. According to sources, Nepal has unilaterally changed its political map and sought to include around 335 sq km of disputed territory within its boundary.

India does not, therefore, want to give importance to Nepal’s attempts by allowing this to be on the table of dialogues at such a high-level consultation. Meanwhile, a meeting of Boundary Working Group (BWG) is also on the cards in which technical issues related to boundary row may be discussed. India has outright rejected the Nepales claim to Kalapani, Lipulekh and Limpiyadhura, saying that it will not accept such “artificial enlargement” of territory.

Meanwhile, Nepalese FM’s statement about Gorkhas’ recruitment in Indian army has stirred up a hornet’s nest. MEA officials are on the edge and want to calm the nerves in Nepal on this issue. China’s conspiracy in this can also be not ruled out, added the sources. The Indian Army recruits about 1,300 Gurkha youths every year.

MEA officials have learnt that Kathmandu wants to renegotiate the pact and replace it with individual treaties with each country.  “We should define the presence of the government of Nepal in the recruitment process,” Gyawali has said.

You never meet anybody you love for the first time or the last: Author Mayank Gaur