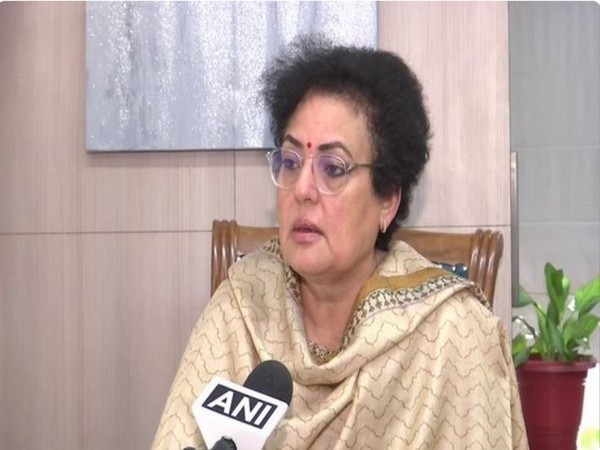 Rekha Sharma, chair of the National Commission for Women (NCW), presided over the second Monitoring Committee meeting of the 12 pilot Special Cells for Women at the Institute of Hotel Management Raj Bagh in Srinagar.

The Chairperson received an overview of the 12 pilot Special Cells for Women that would operate in Jammu and Kashmir and Ladakh from April 2022 to October 2022. The meeting included in-depth talks on the special cells and recommendations for moving forward from the relevant Monitoring Committee members for the Special Cells for Women to function effectively.

“It was given out in the meeting that 256 outreach activities about women’s safety and empowerment had been conducted by Special Cells for Women during that period. It was also revealed that 1307 total interventions have been carried out by Special Cells, and 2755 meetings have been conducted in 575 cases of women who registered at Special Cells for Women, which include individual, group, and family meetings as well as home visits. The Monitoring Committee has been constituted under the “Violence Free Home—A Woman’s Right” project, according to an official statement.

In her remarks to the group, Chairperson NCW stated that we would soon increase the number of special cells in order to reach a wider audience. She also added that we needed to increase our visibility by actively educating communities about gender-based violence.

She emphasised the necessity of expanding awareness campaigns coordinated with the police and other related departments for the Special Cells to operate effectively.

She also asked how many complaints the various districts’ women’s cells had received, adding that any assistance needed should be given to women who are experiencing violence of any kind.

The Joint Secretary, NCW, emphasised the importance of raising awareness of the Special Cells, mobilising Self Help Groups, and the necessity of working in concert.

Neha Mahajan, Special Coordinator, NCW, GoI, presented a vote of thanks during the event.