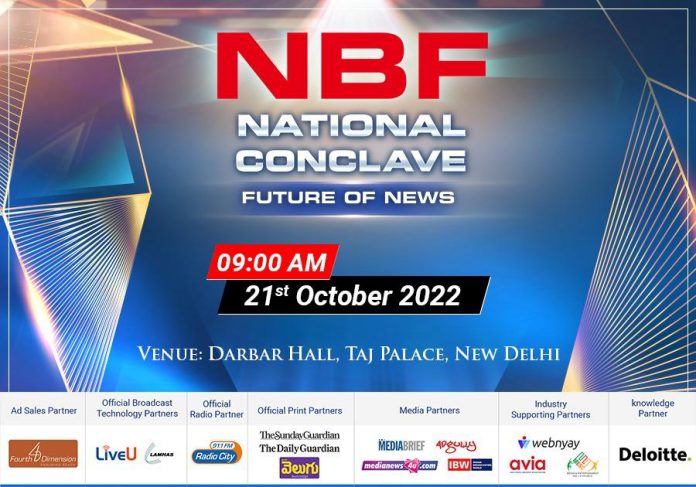 The News Broadcasters Federation (NBF) will be hosting the country’s biggest and most awaited news event – the NBF National Conclave, in New Delhi today. The ‘Future of News’ 2022 event will be held today at the Taj Palace in New Delhi.

NBF is India’s largest and most democratic industry body of all Indian television news organizations and digital publishers.

Meanwhile, in this historic one-day event, the most influential people will be present. It will include policy leaders, regulators, politicians and eminent media personalities representing national and regional platforms.

Moreover, in this day-long interaction, all the leaders will discuss the current news media scenario from the perspective of opportunities, threats and challenges. The future and challenges of the Indian news industry will also be considered.

The NBF Conclave will also be a redefining moment for the news broadcasting industry as it will be a forum for a healthy discussion on rules and policy with India’s biggest politicians, bureaucrats, corporate leaders as well as opinion makers.

However, the NBF has come to be recognized as the most responsible industry body which is shaping the news agenda at the Conclave, with around 70 members as its part. NBF members include 50+ TV channels and 150+ digital platforms.