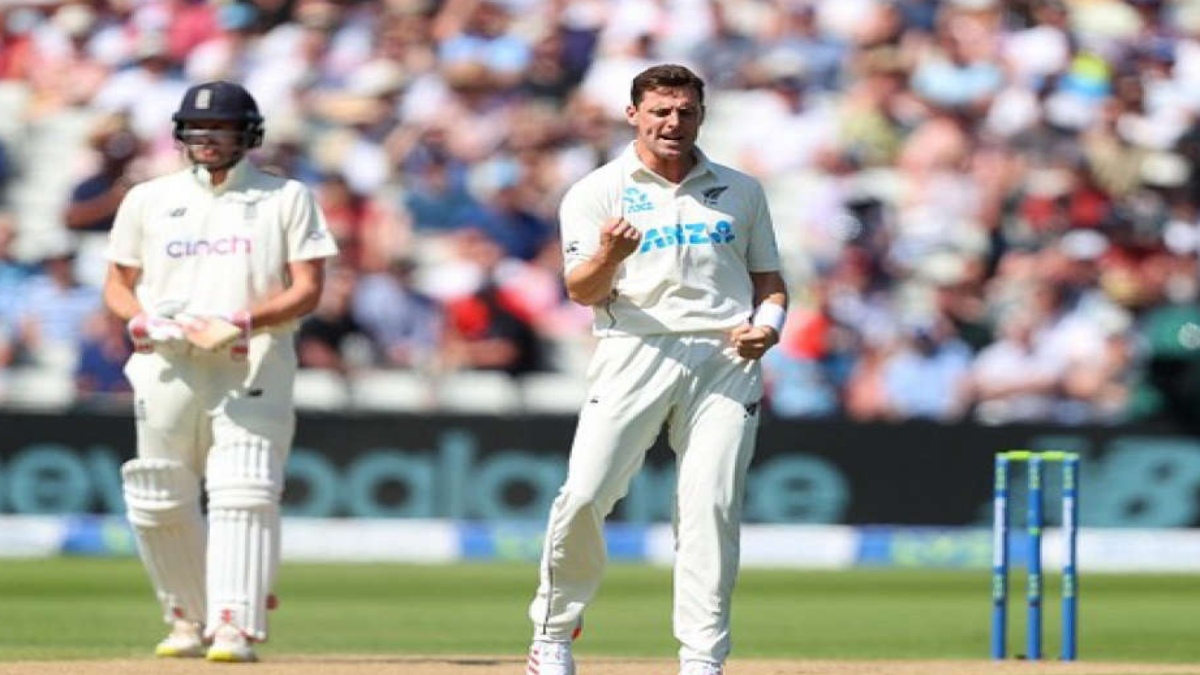 Former skipper Nasser Hussain lashed out on England’s batsmen for not adopting the conventional approach following a collapse on day three of the second Test against New Zealand on Saturday. England crumbled on day three before taking a slender lead of 37 runs before the end of the play. The hosts ended the day at 122/9 after losing seven wickets in the final session of the day. Nasser said England are trying to “reinvent the wheel” in the longest format of the game.

The former skipper said England can’t even give the excuse of the pitches turning since they are playing in the home conditions.“I’m not seeing ‘we are right’ at the moment, whether it be in Sri Lanka where Joe Root carried them, whether it be in India and they don’t have the excuse of the pitches turning here,” said Nasser. Nasser wants England to adopt the old-school method and get that big first innings score when playing Test cricket. “Whether it being the seaming ball or the spinning ball, they are right and everyone else is wrong. And I don’t see a young batting line-up,” he said. “I see Sibley, Burns, Crawley, Root and Pope. There’s no one missing in that top five – then come Stokes and Buttler. They’ve got all the coaches, all the backroom staff – please, just get back to playing normally and getting a first innings score,” Nasser added. Resuming their innings from 229/3, New Zealand took the scorecard to 312/5 in the first session on Saturday. England picked up two wickets in the morning session but New Zealand managed to take the lead by 23 runs.

In the second session, New Zealand was folded for 388 but the visitors took a handy first-innings lead of 85 runs. Moreover, England lost two quick wickets before the Tea as Henry removed both openers. In the final session, England crumbled in front of New Zealand bowlers as they lost seven wickets to serve a probable win for New Zealand on Sunday. England is currently leading by 37 runs but they have only one wicket in hand.

Ishant should get a chance to play in WTC final