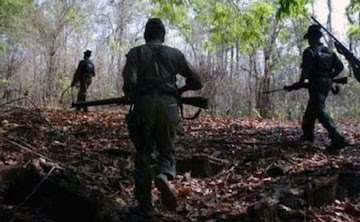 In an encounter with Hawk Forces, two Naxalites were shot dead on Wednesday at the border area of Mandla and Balaghat district of Madhya Pradesh.

Mandla Additional Superintendent of Police (ASP), Gajendra Singh said, “A joint Hawk Force team of Mandla and Balaghat district launched a search operation against the Naxals in the area on Wednesday morning. The encounter occurred between the Garhi area in Balaghat district and the Supkhar area of Motinala in Mandla district.”

“Two Naxals have been shot dead so far and the operation is still going on,” ASP Singh said.

Meanwhile, in the Kanha Bhoramdev Committee, the dead Naxals were active and their information about their movement was continuously received by the Hawkforce team.