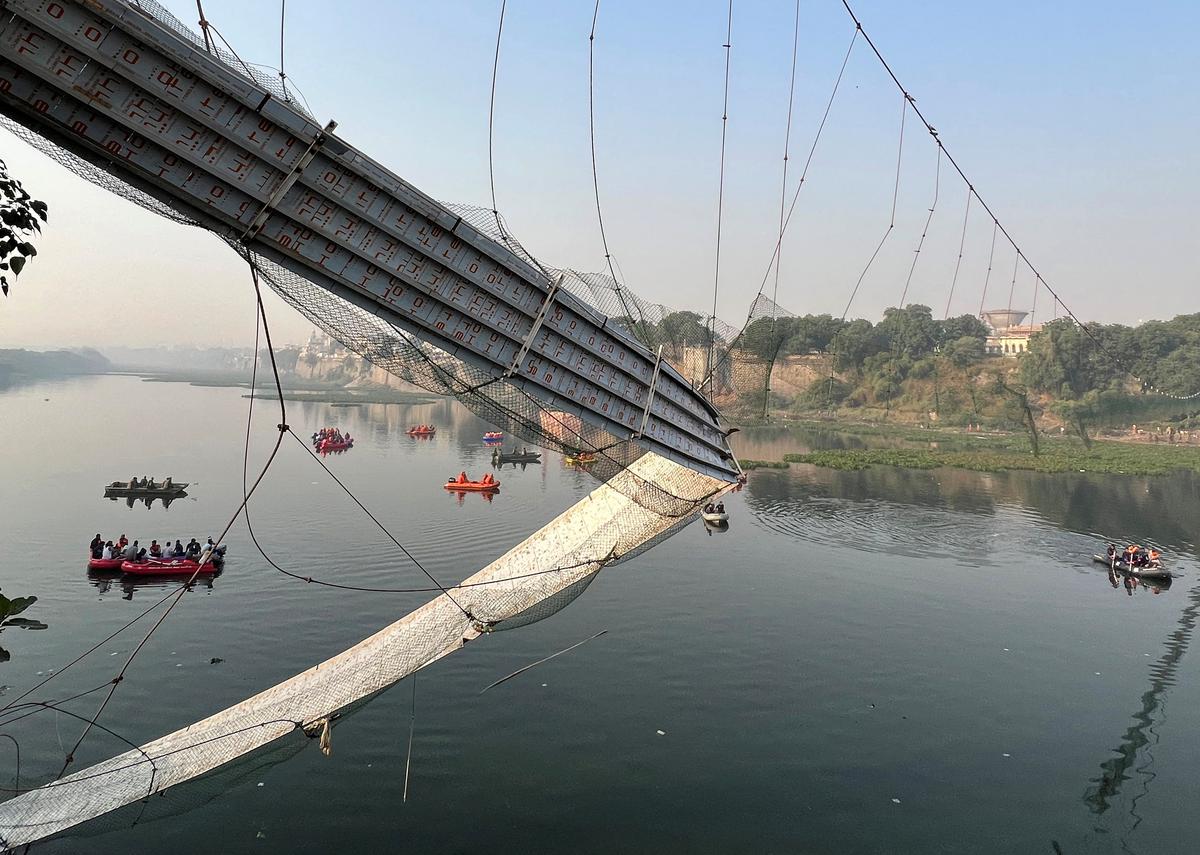 The Morbi bridge incident in Gujarat earlier last month, which claimed the lives of over 140 people, shook the entire nation and the Opposition in the poll-bound state is speculating that the tragedy will upset the BJP’s prospects in the polls. The tragic development, however, is unlikely to impact the fortunes of the BJP in the upcoming elections.
The Opposition had alleged mismanagement by the government behind the incident in which a century-old suspension bridge fell into the Machchhu river. The incident took place weeks ahead of the announcement of the elections in the state earlier this month, triggering speculations of a political setback for the ruling BJP in the state due to the massive mishap in Morbi.
But people are of the opinion that they have been witnessing development under the BJP for a number of years and one should not judge the performance of the party based on a single tragic incident.
A study on the ground to know if the incident will leave an impact on the voters’ minds while casting their votes on 1 and 5 December. During the course, people narrated the horrific 30 October incident while also speaking their minds and soul on the elections.
Pradeep Bhai, a local resident said that the people will vote for the party which would work.”There were technical defects in the suspension bridge collapse. The incident took place because the number of people on the bridge was huge. The people of Morbi will vote only those who will work. The BJP has been here for a number of years and the government has worked well. The people of Morbi do not vote blindly, they have a business mindset,” he said.
Another local, Abdul Sattar said that there would be no impact on the elections while claiming that the government was not at fault in the incident. “There will be no impact of the Morbi incident on the elections because it was not the government’s fault. There was nobody’s fault. The only mistake that was made was the permission granted for more people to go at once on the bridge,” he said.
Abdul Bhai, another local said that the BJP has worked well in the state and that the party’s candidate saved lives after the Morbi incident. “We could not imagine that the 150-year-old bridge would break. As far as voting in the elections is concerned, votes will be cast to that party which would work. We have been voting for the BJP candidates for the past 30 years. He saved numerous people in the incident. BJP has worked well here. There have not been any problems in the past 20 years. No community has any problem. Every community lives in harmony,” he said.
Heeraben, a woman who lives nearby the Morbi bridge narrated the incident.
“We can’t forget the horrific incident of that day. There was mourning all around. Some people were waiting for their loved ones to return, while some were going out with pictures to look for their loved ones. Some people were saved in the rescue operation but many were killed,” she said, however, adding that this would not impact the elections.
“There will be no impact on the elections because people vote on the basis of development. Poeple are satisfied with the work done by the government. There are industries here and people get employment,” she said.
BJP has here fielded five-time MLA Kantilal Amritiya, popularly known as Kanabhai, who had won the Morbi assembly seat in 1995, 1998, 2002, 2007 and 2012.
Morbi is dominated by Patidars and by naming Kanti Amrutiya as the party’s candidate, BJP’s prospects are unlikely to get upset. In 2017, Congress candidate Brijesh Merja joined the Patidar quota movement. One of the prominent, in the anti-BJP wave in Morbi, defeated Kantilal Amritiya by a slight margin of a few thousand votes.
Morbi has about 2.90 lakh voters, including 80,000 Patidars, 35,000 Muslims, 30,000 Dalits, 30,000 Satwara community members (from the Other Backward Classes category), 12,000 Ahirs (OBCs), and 20,000 Thakor-Koli community members (OBC).