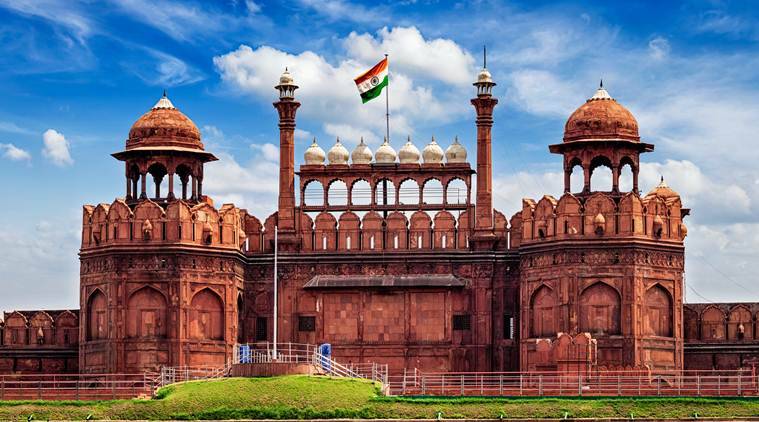 India celebrated its 76th Independence Day on 15 August 2022 and marked its 75 years of freedom. Throughout the country from Champaran to Dandi and Chennai, there are many monuments associated with the freedom struggle. Let’s take a trip to the five monuments in India that are associated with the freedom struggle and pay homage to the ones who died to give us freedom.

Since the time Red Fort is built, it is the symbol of Indian power. Red Fort is built by the Mughal emperor, Shah Jahan which is built with red sandstone and stood many onslaughts since the British came to India. After the Mughal ruler Britishers took this fort and turned it into their army headquarters. But on 15 August 1947 India’s first Prime Minister, Jawaharlal Nehru, hoisted the national flag and since then the tradition has been made and every year Prime Minister of India hoists the flag.

Based on Jeremy Bentham’s idea of the Panopticon the jail was constructed between 1896 and 1906. Since 1857 British used the island as a prison and many freedom fighters like Vinayak Damodar Savarkar were prisoned now this island is a freedom landmark.

Jallianwala Bagh Massacre which happened on 13 April 1919 still boils every Indian’s blood. In the incident, more than 1000 men, women, and children were killed on the order of Brigadier-General Reginald Dyer. After the death of 1000 people the whole nation woke up and spearheaded many movements. Now the garden is a memorial and is visited by thousands of people every year.

Father of the Nation Mahatma Gandhi devoted his life to the country and fighting against the Britishers. After returning from South Africa in 1915 Gandhi made his ashram on the same principles in Ahmedabad. Sabarmati/Gandhi Ashram saw many movements and the Gandhi Salt March of 1930 was one. Meanwhile, now memories of M.K. Gandhi are preserved in the ashram.

Netaji Bhawan or house museum is made at Bose’s brother’s residence from where Subhas Chandra Bose made his great escape from house arrest in January 1941. The house museum celebrated the life and the vision of the independence struggle which is associated with Subash Chandra Bose.

Five strange conventions around the world