MLA Amanatullah Khan gets bail in Delhi Waqf Board case 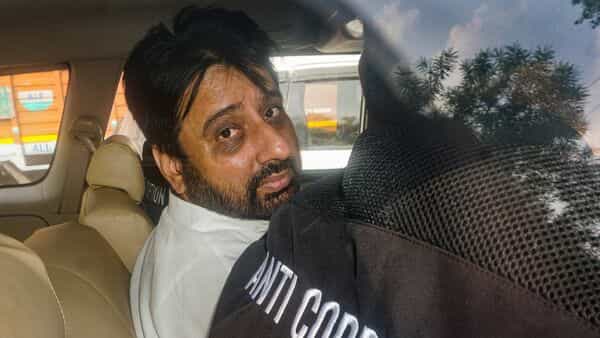 In a case related to alleged irregularities in appointment, theft of funds, and misuse of official position as chairman of the Delhi Waqf Board, Delhi’s Rouse Avenue Court on Wednesday granted bail to AAP MLA Amanatullah Khan.

After a whole day of interrogation and raids at various places, including the premises of the Okhla MLA, the Anti-Corruption Branch (ACB) arrested Khan on September 16.

According to the FIR, Khan, while working as chairman of the Delhi Waqf Board, had illegally recruited 32 people in violation of norms and government guidelines.

On Khan’s plea for bail, special judge Vikas Dhull had reserved judgement a day ago.

Amanatullah Khan, an AAP MLA, was given 14 days in judicial prison on Monday by the court.

Senior advocate Rahul Mehra, appearing for Khan, said no rules were violated and the allegations were at best a procedural lapse, attracting departmental proceedings.

The counsel said that the prosecution had “cherry-picked the chairman of the Waqf Board (Khan) for reasons of their choice” and that all the elements required by Section 409 of the IPC (Criminal breach of trust by a public servant or by a banker, merchant, or agent, etc.) were missing.

Mehra further said there was “absolutely no misappropriation of funds,” nor was there any prima facie evidence of any money having exchanged hands, adding “every penny was tracked and accounted for”.

According to additional public prosecutor Atul Shrivastava, the case has not progressed to the point where bail can be granted, and Khan lied to the agency about his phone being lost.

The judge also wanted to know the amount, if any, of any losses the public exchequer may have suffered as a result of Khan’s alleged misconduct.

The court remanded Khan’s alleged aide, who was also charged in the case, to a two-day ACB remand.