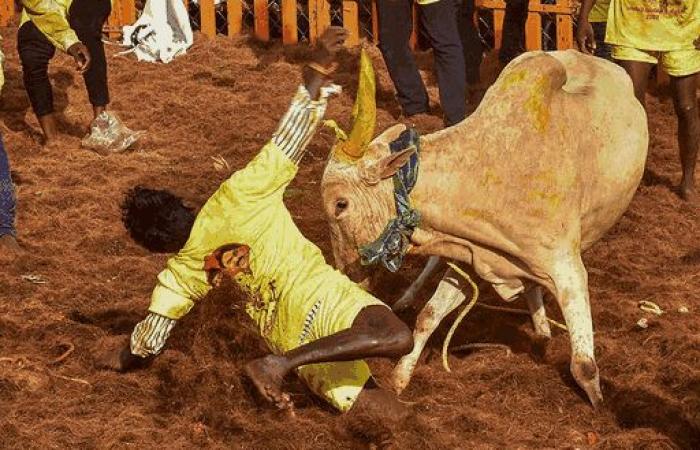 At the jallikattu competition in the Dharmapuri region of Tamil Nadu, a little child at the spectator’s arena died after being gored by a rampaging bull, officials said on Sunday.
Officials from the district administration said that the incident happened in the village of Thadangam, where the celebration was held on Saturday. Gokul (14), a resident of Palacodde, was present at the spectators’ arena when the tragedy occurred.
A bull-tamer failed to control his bull during the last phase of the tournament, and the ferocious beast escaped from the Vaadivasal and penetrated Gokul’s left abdomen.

The bleeding injured victim was taken urgently to the Dharmapuri Medical College Hospital, where he passed away while receiving care. A total of 622 bulls and 700 contestants took part in the event, inaugurated by TN Minister of Agriculture and Farmers Welfare MRK Panneerselvam.