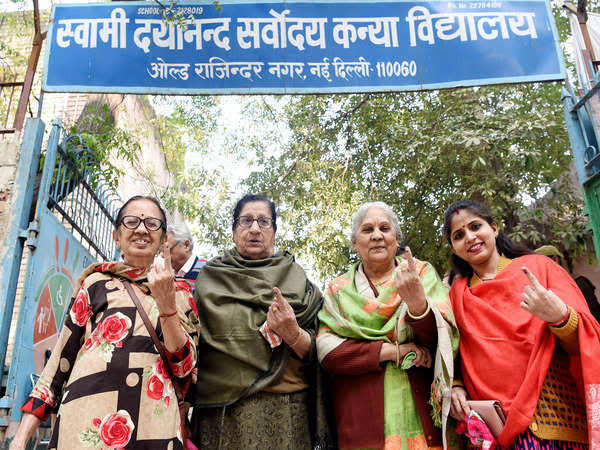 The state Election Commission stated on Sunday that as of 2 p.m., about 30% of voters had cast votes in the Municipal Corporation of Delhi (MCD) elections, which is considered a low voter turnout.

The race between the ruling BJP, AAP, and Congress is expected to be fiercely contested.

Elections for civic bodies are currently taking place in the national capital under heavy security.

On December 7, the votes will be tallied.

13,638 voting places have been put up by the Delhi State Election Commission.

This is the first civic election after the fresh delimitation exercise. There were 272 wards in Delhi and three corporations—NDMC, SDMC, and EDMC—in Delhi from 2012–2022, which later reunified into an MCD that had formally come into existence on May 22.