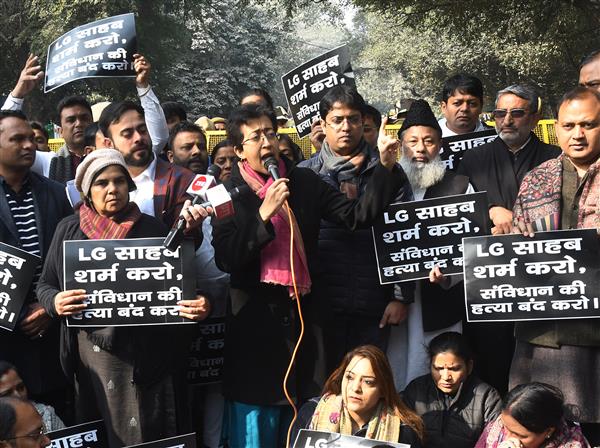 As BJP supporters demonstrated outside the residence of Delhi Chief Minister Arvind Kejriwal on Monday against the unrest at the Municipal Corporation of Delhi (MCD) House on January 6 that allegedly resulted in the assault of two female BJP council members, Delhi Police fired water cannons at them. Parvesh Verma, a BJP MP, demanded the suspension of the council members participating in the ruckus because no women council members had ever been assaulted. In the national capital, the Aam Aadmi Party (AAP) also staged a counter-protest against the BJP, accusing the right-wing group of rigging the mayoral election.

Prior to the Delhi mayoral elections, a fight between BJP and AAP council members broke out on January 6 within the MCD chambers. The ruckus erupted at the swearing-in of the proposed council members. The presiding officer invited alderman Manoj Kumar to take the oath first, and a loud ruckus erupted. The BJP allegedly tried to sabotage the mayoral election by having 10 nominated aldermen take the oath of office prior to voting. A cut was purportedly sustained by one of the two female councillors who were allegedly assaulted by AAP while there was a ruckus, according to the BJP.

CM Kejriwal earlier accused Lieutenant Governor VK Saxena of “illegally” encroaching upon the rights of the elected government by “misusing” the bureaucracy. He also said that letting nominated councillors to vote in the polls is “unconstitutional”.