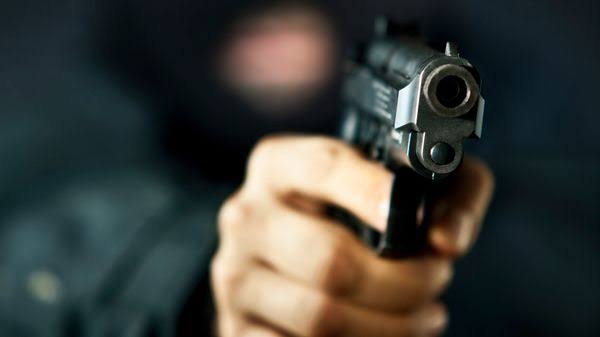 At gunpoint on Monday, five masked men took employees of a non-banking financial organisation in Udaipur, Rajasthan, hostage while stealing gold jewellery worth 12 crore and 10 lakh in cash, according to a police officer.

According to police superintendent Vikas Kumar Sharma, the thieves forced their way into the Manappuram Finance Limited office in Pratap Nagar, Udaipur, and stole cash and jewellery. He claimed that while the exact value of the stolen jewellery has yet to be determined, the five are thought to have fled with more than 20 kg of gold and Rs 10 lakh in cash.

After the employees were able to free themselves, the police claimed that they were notified of the theft. They were looking through the CCTV footage in an effort to find the suspect. According to authorities, the employees were also being questioned.

An employee named Durgesh Sharma reported that five armed individuals wearing masks and helmets stormed into their office at 9:22 a.m. “At first, we didn’t know what was going on; it was only when they displayed their weapons and threatened us that we became alarmed. They put all of us up against the wall and then bound us.”

To obtain the locker key, the robbers beat two of the five employees, who were later bound. Four of the robbers obtained the keys, stuffed their bags with cash and jewellery, and one made sure the staff were restrained before escaping on their two motorcycles at around 9.40 am, according to Sharma.

According to Sharma, a worker who was just weakly bound was able to free himself and call the police and the area manager.

According to employees at a nearby bank, they learned about the theft after police got on the scene.

The office, which is a mile from Pratap Nagar Police Station and on a busy route, has no armed security.

Gulam Nabi Azad praised PM Modi: “I used to think he was crude…”