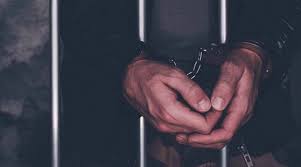 A man allegedly blackmailed, harassed, and extorted Rs 7 lakh from a woman in exchange for the deletion of pictures circulated online, police officials said on Sunday.

Anshul Srivastava, a one-sided lover who tormented the accused through emails, messages, and the uploading of images to social media without the complainant’s permission, has been named as the accused.

“The woman filed a complaint that one person is continuously harassing, threatening, and bullying her through emails, messages and uploading pictures without her consent on various social media platforms. The accused was defaming her by sending her pictures to her friends and family and demanded Rs. 7,00,000 from the complainant to delete/remove the pictures from the sites,” said Deputy Commissioner of Police, South West District, New Delhi, Manoj C.

According to the police, the accused’s possessions included one mobile phone, two sim cards, two ATM cards, and one bank chequebook.

“On October 21, the team with the help of local police staff succeeded to apprehend the accused and after sustained interrogation, he disclosed the commission of the crime. In his instance, one mobile phone, two alleged sim cards, two alleged atm cards, and one bank chequebook were recovered,” said the Deputy Commissioner of Police.

On further interrogation, it was found that the accused was in love with the complainant and became over-possessive about her colleagues and friends.
“Despite her not responding to his activities, he kept trying to impress her and kept sending e-mails. He used the app INDYCALL to use proxy numbers to call the complainant. Thereafter, he even threatened her elder sister to give him Rs. 10,00,000 or be engaged with him for his lustful desire to delete her sister’s photos,” said Manoj C.
The police have registered an FIR under 354A/384/506/499/420/509 of the Indian Penal Code (IPC).