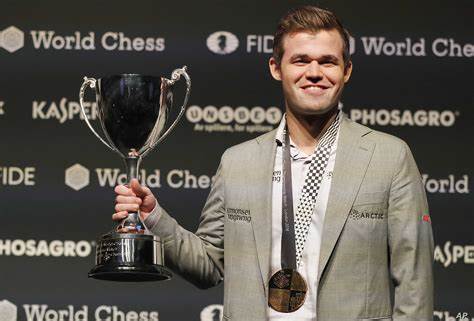 World champion Magnus Carlsen stayed on course to win the Julius Baer Generation Cup rapid online chess tournament after winning two and drawing one against India’s Grandmaster Arjun Erigaisi in the first set of four games here. The World No.1 from Norway now holds a 2.5-0.5 advantage over the teen Indian grandmaster and would need to secure a tie in the next set to be played late today to win the prestigious event. While it is a steep climb for Arjun from here it is not impossible for him as he needs to win the next four-set game to force a tie-breaker.
Carlsen began on a dominating note and won the first match in 40 moves followed by picking up a 29-move victory. Carlsen did not take much risk and settled for a draw to go into the final day of the tournament with the momentum on his side.
“I’m a bit disappointed with my play and with the result but it’s going to help me for sure so I take it as a positive thing. I have been telling myself not to think too much about the fact that I am playing against Magnus and just try to play as if it’s any other opponent,” Arjun was quoted. Earlier, the Indian had beaten Vietnam’s Liem Quang Le to qualify for the finals of the USD 150,000 tournament.