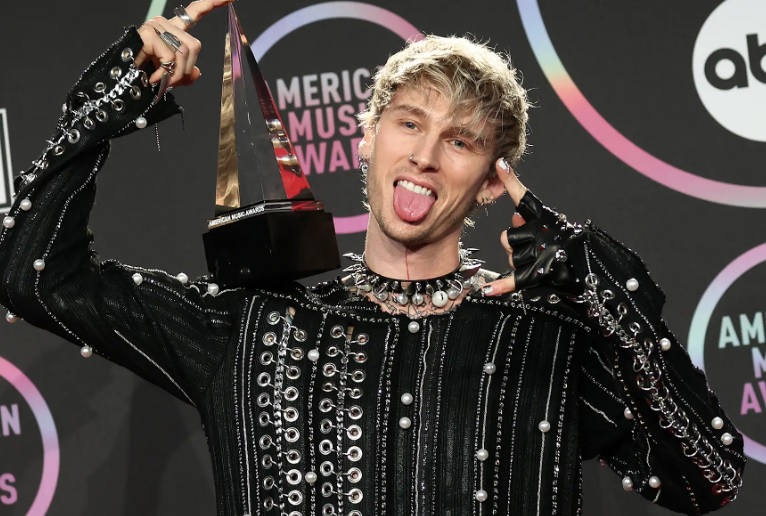 American singer and songwriter Machine Gun Kelly attended the 2022 American Music Awards (AMAs) wearing a dangerous-looking suit, and soon social media users started poking fun at his ensemble.
According to Page Six, the 32-year-old rapper-turned-rocker was wearing a purple Dolce & Gabbana suit that was completely covered in metal spikes.
“Why is MGK dressed as a sea urchin,” one person tweeted, while others compared him to the Covid-19 virus, a pincushion, and a dog in a coyote vest, reported the outlet.
Multiple fans were concerned about how he would be able to sit. “Okay, Colson, this is dope af, but a serious question, how do you sit?” One person asked. Another wrote, “But who will dare to sit beside him?” After people realised that MGK had been seated beside music legend Lionel Richie, the barbs continued. “Poor Lionel Richie trying not to get impaled, on live TV,” one user tweeted.
MGK himself even joked about the look; during his acceptance speech for Favorite Rock Artist, he quipped, “This s–t is really uncomfortable to pee in,” as per Page Six. Elsewhere in his expletive-filled speech, MGK called out those who’ve labelled him a “tourist” in the rock world. Kelly’s last two albums, 2020’s ‘Tickets To My Downfall’ and this year’s ‘Mainstream Sellout’, were a stark departure from his previous rap career.
“These last two rock albums to me were me going to the moon, and I’m not done exploring the universe. I am all genres, I’ll see you…” Kelly said before throwing the mic on the ground, reported NY Post.