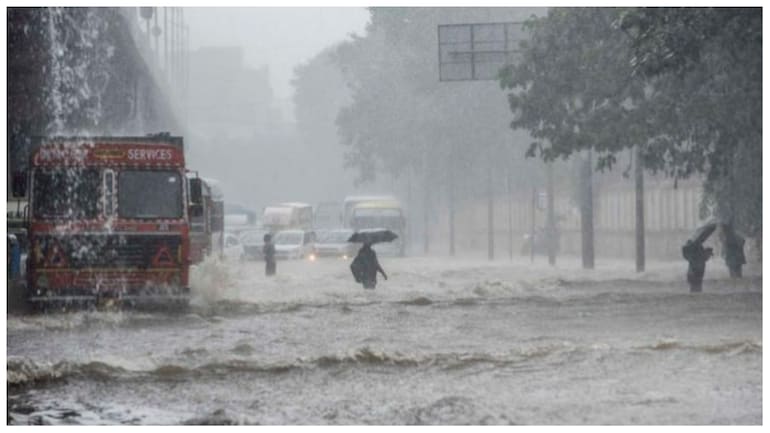 Heavy rains are predicted to lash Tamil Nadu and Puducherry from 7th-9th December due to low pressure over the southern part of the Andaman Sea and adjoining areas under the influence of a cyclonic circulation over the South Andaman Sea and adjoining equatorial Indian Ocean-Strait of Malacca, the Indian Met Department said on Monday.
The IMD in its bulletin today said that the cyclonic circulation extends upto mid-tropospheric levels is likely to move north-west and concentrate into a great depression over south-east Bay of Bengal, by Tuesday evening. Andaman & Nicobar Islands is likely to receive light to moderate rainfall on December 5along with isolated heavy rainfall on Wednesday, 6th December. Also, enhanced rainfall is expected to commence over the north coastal Tamil Nadu, Puducherry and Karaikal from December 7 mid-night. It is expected to turn from heavy to very heavy and extremely heavy at some places of North Tamil Nadu and Puducherry on 8th December, Thursday. Some places of Tamil Nadu may also receive very heavy rainfall on Friday, 9th December. The depression is likely to intensify further into a cyclonic storm and reach South-west Bay of Bengal near North Tamil Nadu-Puducherry and the adjoining south Andhra Pradesh coasts by the morning of December 8, when it is expected to have its landfall. The wind speed will be reaching upto 90 kmph over the south-west Bay of Bengal on Thursday. It will gradually decrease thereafter.
Wind speed gusting upto 60 kmph is likely to commence along Tamil Nadu, Puducherry, South Andhra Pradesh and north Sri Lankan coasts from Thursday morning, gusting at a speed of 80 kmph till Friday morning. The wind speed would gradually decrease to 45-55 kmph to 65 kmph by Friday evening.
The sea condition is expected to be very during this period and fishermen have been asked not to venture into the sea until the storm subsides.