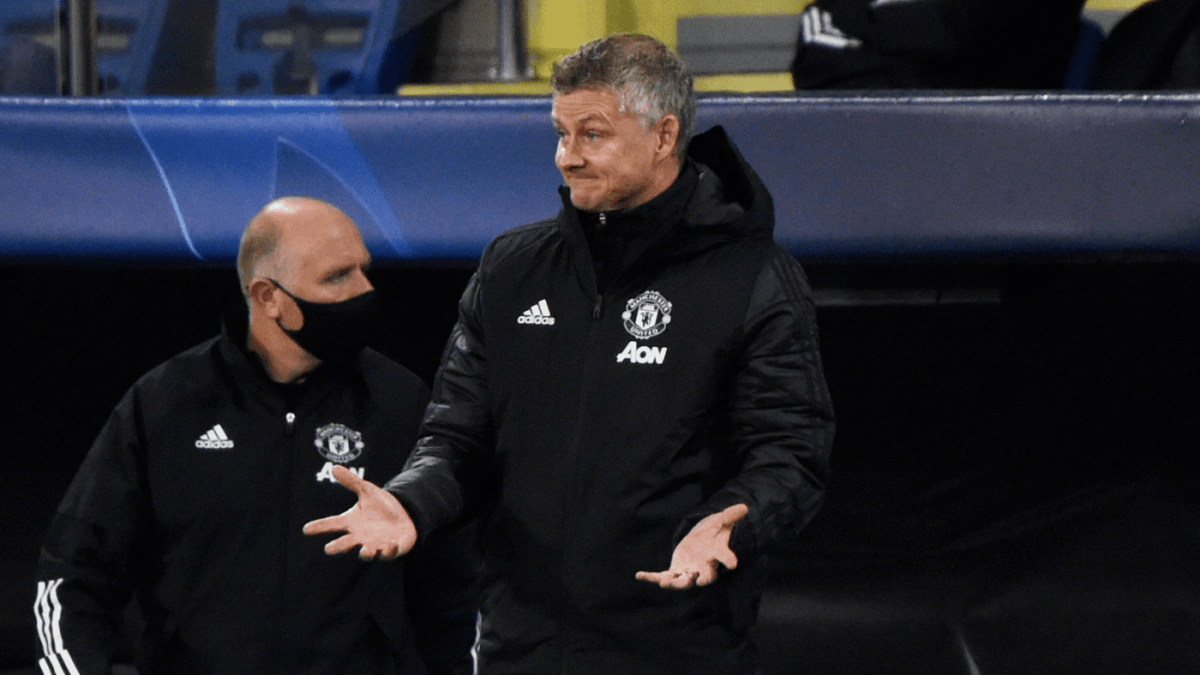 After suffering a 1-2 loss against Istanbul Basaksehir in the Champions League, Manchester United manager Ole Gunnar Solskjaer said that the loss is a “punch” in their stomach. Manchester United was stunned by Istanbul Basaksehir on Wednesday (local time). Demba Ba and Edin Visca scored goals for the hosts while Anthony Martial was able to score one goal for United. Solskjaer’s side has managed to collect six points from their first two Champions League matches. In the Premier League, the club currently sits 15th, having won just two of their first six matches. “Disappointed with the result. We picked a team to win the game and hoped we had enough to create chances and we didn’t. That’s not something we go out to do,” Goal.com quoted Solskajer as saying. “The last two results have been a punch in our stomach and the only way I know of, and I hope the players as well, the only way to respond is to get your act together for Everton. That’s going to be tough and difficult, I’m glad we’ve got a game on Saturday,” he added.

I faced very little racism due to my background: Nasser Hussain 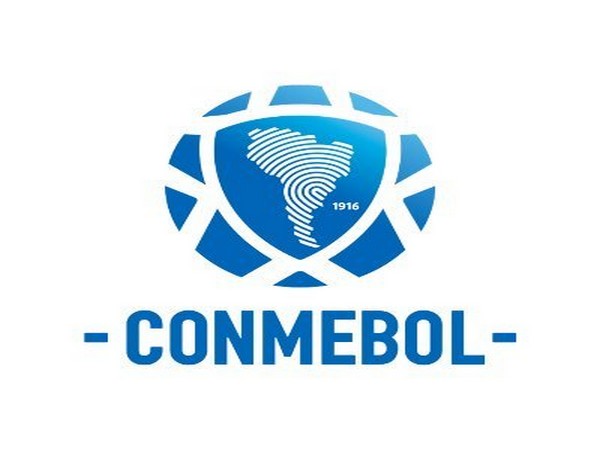 Buenos Aires [Argentina], March 7 (ANI): South American football governing body, CONMEBOL has confirmed that the two rounds of the World Cup qualifiers set to go ahead in March in South America have now been postponed.
The decision was taken after several nations declined to release their players during the international break due to the need of quarantine following their travel, reported Goal.com.
As a result, the matches between Argentina-Uruguay and Argentina-Brazil will now go ahead at a later date.
“The CONMEBOL board has resolved to suspend the double round of qualifying fixtures for Qatar 2022 scheduled for March. The decision owes to the impossibility of having all the South American players in good time,” CONMEBOL said in an official statement.
“FIFA will look at the rescheduling of the round, in coordination with CONMEBOL and the member associations. Soon, different options will be studied to stage the matches,” it added.
Earlier, CONMEBOL March qualifiers were already in ask as many clubs in Premier League, Bundesliga and La Liga refused to release their players for travelling during the international break.
Brazil currently head the qualifying campaign as the side won four matches. Argentina occupy second place with 10 points, followed by Ecuador, Paraguay and Uruguay. (ANI) 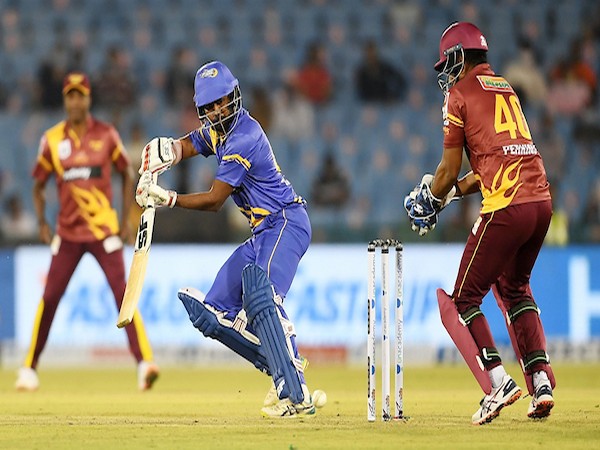 Raipur (Chattisgarh) [India], March 7 (ANI): Sri Lanka Legends got off to a good start in the Road Safety World Series as they got the better of West Indies Legends by five wickets on Saturday to start the season on a high at the Shaheed Veer Narayan Singh International Stadium.
It was Upul Tharanga’s heroic unbeaten half-century — 53 off 36 balls — that saw the Lankans easily overhaul a modest target of 157 set by West Indies. The Island team riding on Tharanga’s knock and captain Tillakaratne Dilshan’s responsible 47 saw them score 160 for five in the entertaining encounter which ended in the 19th over.
Other than the two, Chamara Silva played a cameo of a 15-ball 22 which was crucial in the chase. Meanwhile, Sri Lankan legend Sanath Jayasuriya had a disappointing day in office with just 12 runs coming off his bat.
Earlier, West Indian legend Brian Lara once again showed why the class is permanent when he played a stylish unbeaten knock of 43 runs with the help of eight boundaries along with the dangerous Dwayne Smith to help their team reach a respectable total of 157 for four in 20 overs.
The contrasting batting style and partnership of 66 runs between Lara and Smith saw the Caribbean Island team bounce back following a bad start after being put in to bat first by Sri Lanka Legends.
The start to West Indies innings was not a convincing one as they lost opener Narsingh Deonarine in the third over when the scoreboard read 3/1. His partner William Perkins, who was aggressive in his approach, succumbed to another run out at the score of 38.
Two wickets down, West Indies needed a strong stand from Smith and Lara. And they exactly did what the script demanded. Smith was the aggressor between the two as he went on to slam 27-ball 47 that included four boundaries and three sixes while Lara played the supporting act in the partnership.
When things looked in control for West Indies, Smith played an unnecessary shot and ended up giving a catch to Dhamika Prasad off Chinthaka Jayasinghe in the 14th over.
The ship slowed down after Smith’s departure and it was up to Lara to take it to safety. The stylish southpaw eventually slammed an unbeaten half-century with little help from Tino Best (18*) that saw Windies post 157 for the loss of four wickets in 20 overs.
Brief scores: West Indies Legends 157/4 (Brian Lara 53*, Dwayne Smith 47); Sri Lanka Legends 160/5 (Upul Tharanga 53*, Tillakaratne Dilshan 47). (ANI)

NZ vs Aus: Got exposed in 4th T20I, nice to bounce back in final game, says Williamson 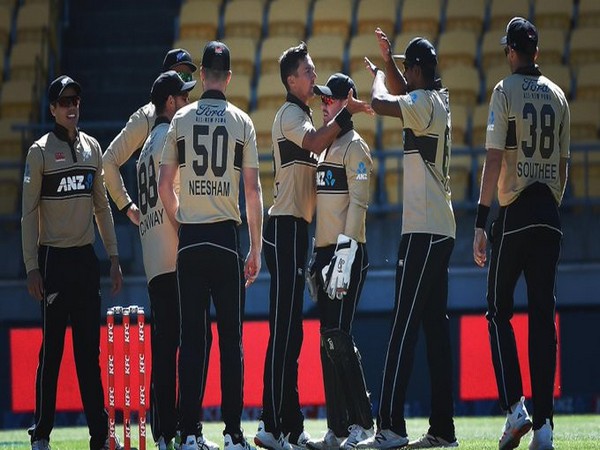 Wellington [New Zealand], March 7 (ANI): After winning the five-match T20I series against Australia 3-2, New Zealand captain Kane Williamson on Sunday said that it was nice to see his side bouncing back after being exposed in the fourth T20I.
Ish Sodhi’s three-wicket haul and Martin Guptill’s 71-run knock helped New Zealand defeat Australia by seven wickets in the fifth and final T20I on Sunday here at the Westpac Stadium, Wellington.
“Incredibly hard-fought series. Momentum shifts throughout. Outstanding to pick up some of those learnings that we were trying to in the series. It’s about cricket that we want to play. We know how strong a side Australia is, they showed it in the last two games. We just wanted to improve our game. To some extent, we got exposed in the last game on that pitch. So it was nice to bounce back today,” said Williamson after the match.
“When you’re playing three games on the same surface, you get a better idea of how to go about things. It’s been a great series to be part of and I’d like to congratulate the Australian team for coming to our shores,” he added.
The first two T20Is of the five-match series were won by New Zealand, but Australia staged a comeback to level the series 2-2. However in the series decider, the hosts were on their game from the very start and they ended up winning the series 3-2.
New Zealand will now lock horns against Bangladesh in three ODIs and three T20Is. The first ODI will be played on March 20 at Dunedin. (ANI) 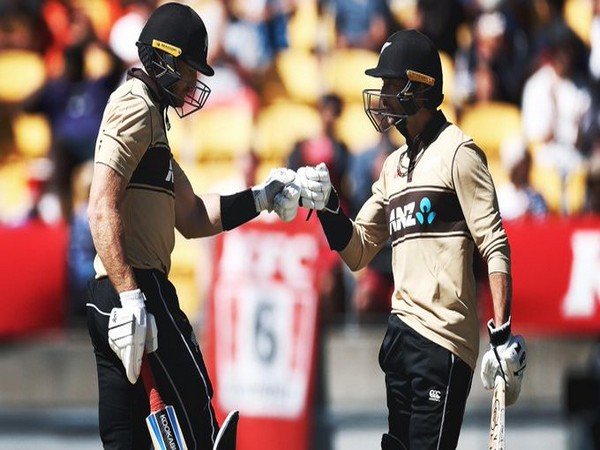 Wellington [New Zealand], March 7 (ANI): Ish Sodhi’s three-wicket haul and Martin Guptill’s 71-run knock helped New Zealand defeat Australia by seven wickets in the fifth and final T20I on Sunday here at the Westpac Stadium, Wellington.
With this win, New Zealand won the five-match series 3-2.
Chasing 143, the Kiwis got off to a tremendous start as openers Guptill and Devon Conway put on 106 runs for the first wicket inside 12 overs. This stand saw Guptill going past his fifty-run mark to give the hosts an upper hand.
Australia did get back-to-back wickets of Conway (36) and Guptill (71) but it was too late and in the end, Glenn Phillips (34) and Mark Chapman (1) took the BlackCaps over the line by seven wickets and 27 balls to spare.
Earlier, a three-wicket haul helped New Zealand restrict Australia to 142/8 in the allotted twenty overs.
Australia was in a steady position at the halfway mark as the side had registered a score of 74/2 after the first ten overs.
However, the innings with southwards after that as the visitors managed to score just 68 runs in the final ten overs, and the side also lost six more wickets in the process.
For Australia, Matthew Wade (44) and Aaron Finch (36) got among the runs and no other batsmen was able to stay at the crease for a long duration. For the Kiwis, Sodhi returned with three wickets while Tim Southee and Trent Boult took two wickets each.
Brief Scores: Australia 142/8 (Matthew Wade 44, Aaron Finch 36, Ish Sodhi 3-24); New Zealand 143/3 (Martin Guptill 71, Devon Conway 36, Riley Meredith 2-39). (ANI) 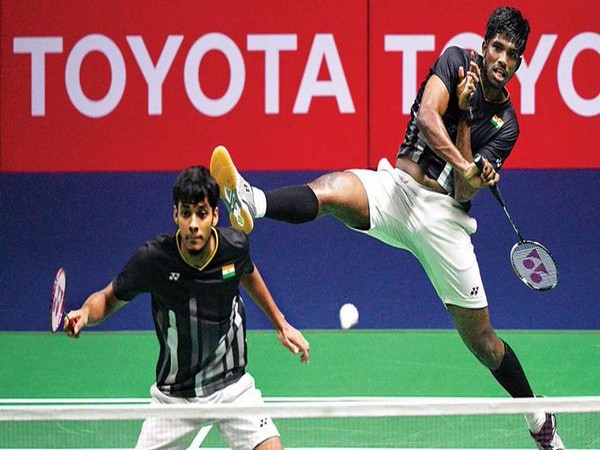 Basel [Switzerland], March 6 (ANI): Indian men’s doubles pair of Chirag Shetty and Satwiksairaj Rankireddy ended their fine run at the ongoing Swiss Open after they went down against Danish badminton players Kim Astrup and Anders Skaarup Rasmussen in the semifinals on Saturday.
The Danish duo diffused the Indian attack in two straight sets 21-10, 21-17. The Indian contingent had displayed some sensational performances in the ongoing showpiece event but wasn’t able to recreate the show on Saturday.
Earlier in the day, ace India shuttler Kidambi Srikanth crashed out of the Swiss Open after losing against World No. 1 Viktor Axelsen in the semi-final.
Denmark’s Axelsen outclassed Srikanth 21-13, 21-19 in 41 minutes to proceed to the final of the tournament.
Srikanth failed to get momentum in the first game and struggled to keep the shuttle on the court. In the second game, the Indian player tried to make a comeback but it was denied by the in-form Axelsen as he bagged the close-fought game 21-19
Meanwhile, PV Sindhu progressed to the final of the tournament after registering a straight games win over Denmark’s Mia Blichfeldt in the semi-final.
Rio Olympics silver medalist clinched the clash 22-20, 21-10 that lasted for 43 minutes. The World No. 2 faced a tough fight in the first game as it went neck-to-neck till Sindhu finally bagged it at 22-20.
But the Indian shuttler showed her class in the second game and did not give any margin and dominated the match. Sindhu will now face Olympic champion Carolina Marin for a shot at the Swiss Open title clash on Sunday. (ANI) 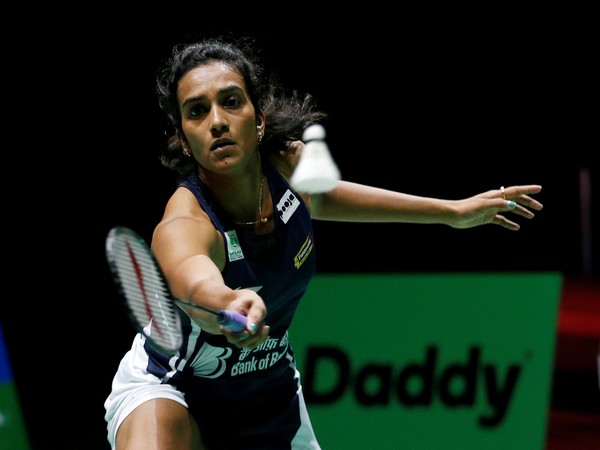 Basel [Switzerland], March 6 (ANI): Ace India shuttler PV Sindhu feels her Swiss Open final with Olympic champion Carolina Marin won’t be an easy one on Sunday.
Sindhu on Saturday progressed to the final of the tournament after registering a straight games win over Denmark’s Mia Blichfeldt in the semi-final.
While, Spanish badminton player Marin beat Pornpawee Chochuwong 21-15, 20-22, 21-19 in the semifinal to set up the summit clash with the India shuttler.
Sindhu also said that her match against Mia was a kind of revenge as she had faced a defeat at the hands of the Danish badminton player in the Thailand Open.

“Am happy that I am through to the finals, it’s been a good win today for me, and playing against Mia was a kind of revenge I would because in Thailand I had lost against her so it was very important for me this win,” said Sindhu.
“Yeah really looking forward to the finals. Carolina is a good player so it won’t be an easy match I have to play my 100 per cent,” she added.
The Rio Olympics silver medalist Sindhu thanked the Badminton Association of India, Sports Authority of India, and the Sports Minister for helping her in preparation for the tournament.
“Training in bigger stadium similar to this stadium as I got used to it and it has helped me a lot here. I would once again thank everyone, BAI, SAI, Telangana State, and Sports Minister for all the support and for helping me with whatever I needed for training and preparation at the Gachibowli Stadium. It has helped me a lot,” said Sindhu.
Sindhu clinched the clash 22-20, 21-10 that lasted for 43 minutes. The World No. 2 faced a tough fight in the first game as it went neck-to-neck till Sindhu finally bagged it at 22-20.
But the Indian shuttler showed her class in the second game and did not give a margin for error for his opponent to dominate the match. (ANI)