Lockdown will not be lifted in one go but in phases: Ram Madhav 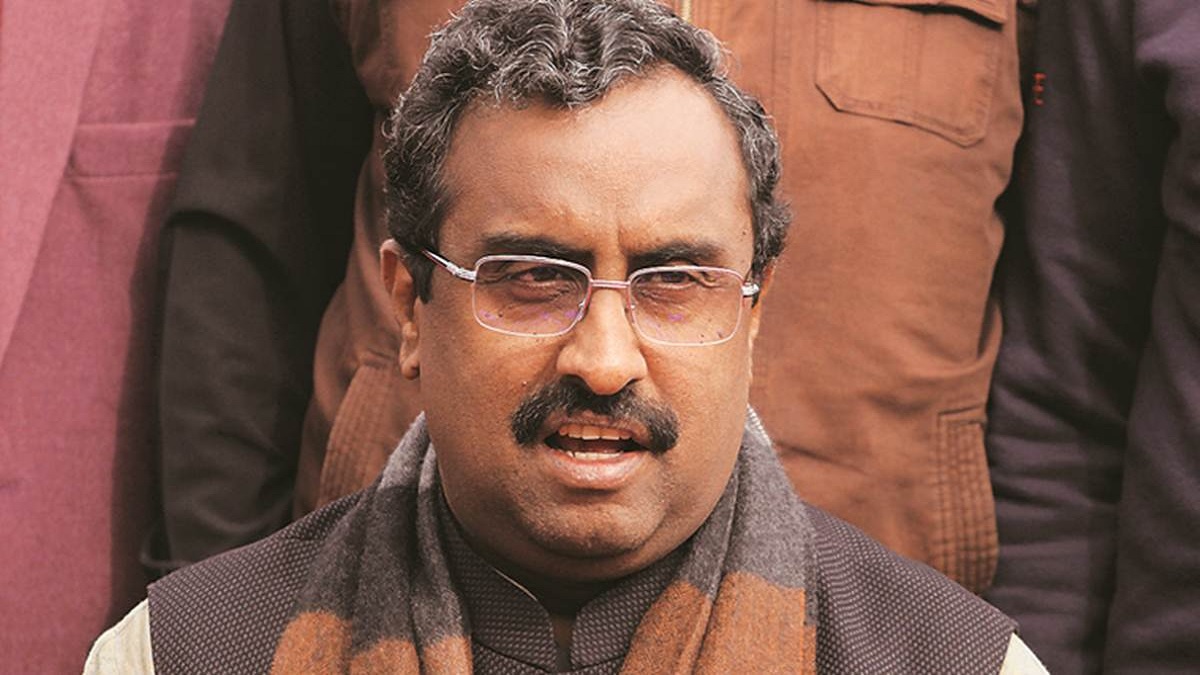 BJP general secretary Ram Madhav has been busy during lockdown penning columns on the new global order post-Covid, on China and on how India has handled the crisis without resorting to authoritarian measures. Excerpts from his interview with the NewsX Senior Executive Editor.

Q. How has the one month of lockdown been for you?

A. Although nobody wants to be stuck at home for so long, desperate times demand desperate measures. The government is working overtime to help the citizens. Even within the party we try and keep our cadres as active as possible by giving them different programmes. We have fed about four crore people in the last two months.

A. PM Modi’s way stands out as compared to other global leaders. He has not resorted to any kind of authoritarian measures. Within the available constitutional powers, he has managed the situation in the country so well that the whole world is looking at India with a lot of surprise. A country of 1.5 billion people being able to largely flatten the curve in sections only into the 3rd-4th week into the lockdown. Countries all over the world are resorting to authoritarian measures. Main reason for this is Modiji’s popularity. Whenever he asked the countrymen to cooperate in this fight, we have seen largely how well the country has behaved.

Q. Before Covid-19, economy was already in a bad state. How do we take things forward when we open up?

A. When we overcome this healthcare challenge, the next challenge will be restarting the economy. Remember, it’s not a problem that affects India alone, it is going to be a problem every country in the world will face. India seems to be better placed in terms of tackling the economic challenge. We have seen the IMF projections where developed countries are projected to be facing negative growth rates. It Is suggested that India will still have 2% growth rate. Though we will still be in a positive GDP position, having said that we still have a huge economic challenge staring at us. The government is working on it with expert groups and we are working on facing the upcoming economic challenges. The main challenge will be the MSME sector, as it generates 70% employment. Large plans are being drafted and a second economic package is likely to be announced by the finance minister.

Q. Another view is that Covid-19 is being handled well because the states are also playing their roles.

A. The PM has been able to garner support from all the states as he has reached out to them. He has spoken to all the senior leaders and to all the sectors that are important.

Q. Should he make this a habit? This reaching out part of his personality that has come out during this crisis?

A. This is a two-way street, we all have to work together. The unity we have demonstrated is commendable. We have to show unity during the economic crisis as well.

Q. What about global leadership, can u see the PM taking the lead globally?

A. We need to draft a new Atlantic charter like the way Churchill and Roosevelt did. At that time the focus was on global security and economic development. Now after 100 years when you go for a charter like this it will be about healthcare and environmental issues, about technology and democratic institutions. These are the issues we need to tackle together with countries like Germany and the United States. They need to think about their future. Even for a country like China, unfortunately China’s leadership is resisted by large sections of society in different places of the world. There is a line called ‘Lines Trouble’ in the Communist Party of China, which means a political hierarchy struggle. It also means party lines will come through a major transformation. I think it’s time China thought about new transformations.

Q. How should we react to China? We have already put a ban on so many Chinese goods, people are wary of apps like Zoom because of the Chinese influence. Should we heighten our security when it comes to China?

A. This entire situation has taught us to be self-reliant. We have a very interesting future. At one level countries will automatically try to be self-reliant less dependent for their day-to-day economic needs on other countries. For the larger global good we need to be more interconnected. When it comes to healthcare, we need to be more connected. In case of Covid-19 itself, it’s a global pandemic and the vaccine is slated only to come out by next year. Whoever manufactures the vaccine, it should be available to the whole world. When it comes to climate change also, we need to be more inter-connected. Finally, in strengthening the world democratically we need to be inter-connected. In these issues, PM Modi has set an example to the world. It’s clear that in the coming future India will have a bigger role to play.

Q. The US has been found wanting. Can India step in?

A. Right now it’s very premature to see who steps in from where, but I am visualising it with what happened after World War II. Until 1940 the most powerful country in the world was Great Britain, but World War II destroyed its place in the world. That’s why they say that “Britain won the war but lost the empire”. And then America emerged as a superpower. When calamities happen, new forces emerge. I definitely see a role for countries like India, Germany and the United States coming together to draft a new course for the world.

Q. How long will the lockdown continue?

A. Lockdown was essential and timely. But there are economic consequences. Which is why have lifted some restrictions. However, the entire lockdown will not be lifted in one go. It will be lifted in phases and in a gradual manner. Now after 3 May the government will take some more measures. As the curve flattens more restrictions will be lifted.

Q. One criticism is that the BJP was more scared of Kamal Nath than coronavirus, which is why the delay in lockdown.

Q. What’s your take on Tablighi Jamaat? A few BJP voices are blaming the entire community.

A. This is not a question of community. It was a group that took part in a programme and then scattered all over the country. They did not take precautions and suffered themselves for it and became carriers. But we should not see this from the angle of one religion or one community. My worry is that those who participated even today are hesitant to come up and be tested. My message to them is that Covid is not a stigma or a crime. It’s an illness like others, only more worrisome because it has no cure. So please do get tested.

Q. Finally, what have you learnt during lockdown?

A. I have done two online courses. One is on China and the other on counterterrorism.