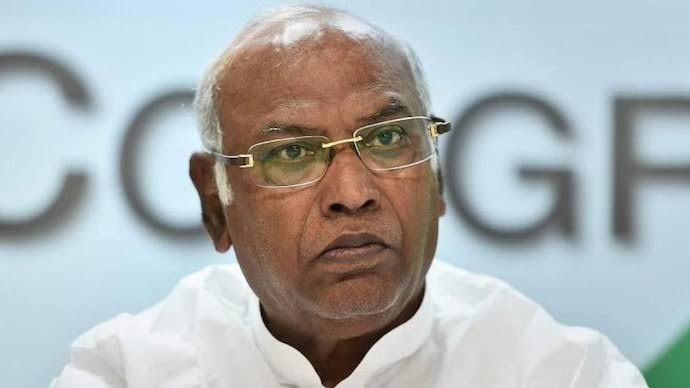 Congress President Mallikarjun Kharge on Monday accused the senior leaders of the Bharatiya Janata Party (BJP) of giving provocative speeches in the poll-bound state and thereby misleading the people.
Speaking at a joint press conference with Rajasthan Chief Minister Ashok Gehlot, Kharge said, “This election has become important because the BJP is doing false campaigning against the Congress and against Congress leaders. This election is the election of the people of Gujarat. “Today I got to know that in these polls, people in the state are taking decisions in favour of the Congress, and the BJP knows this, which is why the party’s national leaders are roaming in different wards. Even after 27 years of their rule, Prime Minister, Home Minister, and 5 chief ministers are coming here and giving provocative speeches while misleading the people. There must be fear behind that,” the Congress leader said.
“Instead of bringing change to the state, they (BJP) changed the CM, and three CMs were changed in six years. That means they (BJP government) haven’t done any work in the state,” he said. The assembly elections in Gujarat are scheduled to be held in two phases on 1 December and 5 December , whose results will be declared on 8 December. In the 2017 Gujarat elections, the BJP won 99 seats out of a total of 182. The party has been in power for the last 27 years.
This time, the party under the leadership of PM Modi, Home Minister Amit Shah, and CR Patil is aiming to get its highest seat tally yet, exceeding 140.