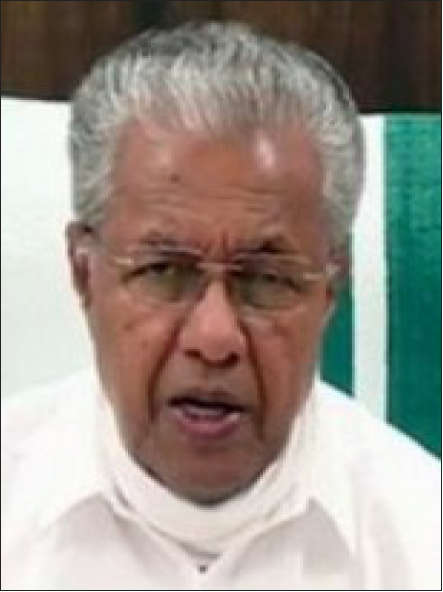 Kerala Chief Minister Pinarayi Vijayan on Wednesday said the orders for preventive detention will be issued against those who frequently commit crimes related to drug consumption and distribution.

The order will be under the provisions of the Prevention of Illicit Traffic in Narcotic Drugs and Psychotropic Substances Act, 1988. The Chief Minister said that the state government intends to take to prevent the increasing use of drugs in the state.

Through an adjournment motion assembly, Congress MLA PC Vishnunadh brought up the issue of the rising sale and use of drugs in the state.

In response, Vijayan said that PITNDPS, a special law passed by Parliament, had been adopted. As per this law, orders can be issued to take habitual offenders on remand without trial for up to a period of two years.

“In this regard, very strict instructions have been given. The orders may be given by State Government officers with the rank of Secretary. Officers of the PITNDPS Act, including police and excise, should be ready to submit recommendations,” CM Vijayan said.

“Drug use and distribution are major problems in our society today. It is viewed as a very important issue by the government. Anti-addiction efforts need to be approached differently,” he said.

Some adjustments must be made to the way cases are currently investigated and charged. To ensure a higher punishment under sections 31 and 31A of the NDPS Act, the accused’s prior drug convictions must be included in the charge sheet submitted to the court, he added.

In order to place those who regularly engage in drug trafficking in preventive detention under the PITNDPS Act, a special drive will be conducted across the state over the next few days.

The fight against drug addiction should be organized as a people’s campaign, the Chief Minister said. To include all demographic groups in this campaign, an action plan needs to be created, he added.

On October 2, the anti-drug awareness campaign will launch in conjunction with Gandhi Jayanti.