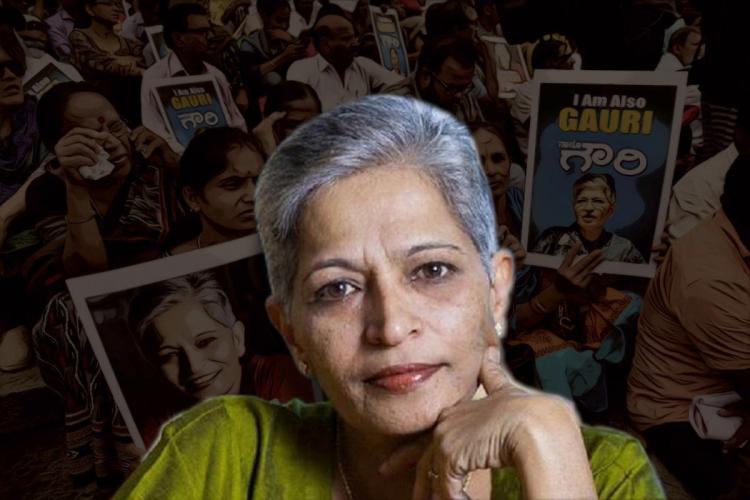 The accused in the murder of journalist Gauri Lankesh filed a petition with the high court of Karnataka, challenging a lower court’s verdict and asking for “default bail.” The petition was denied.

In conjunction with the investigation, Hrishikesh Devdikar of Maharashtra was arrested and placed in judicial custody in January 2020. Later, he submitted an application to the special court for “statutory/default bail” in accordance with Section 167(2) of the Criminal Procedure Code. The court did not, however, take his application into account. He so appealed to the High Court in opposition to this.
The accused claimed that a charge sheet had to be submitted within 90 days of his detention because it was a murder case. However, as of April 4, 2020, no charge sheet was filed against him; as a result, he should automatically be granted bail under subsection (2) of section 167 of the CrPC.

The government advocate claimed that Devdikar had fled the country and that a charge sheet had been prepared without him.

On October 21,2022, Justice Suraj Govindaraj denied the appeal, claiming that the charge sheet had already been submitted before the accused was taken into custody. Therefore, he is not eligible to use Section 167 of the CrPc’s subsection (2).

“An accused would not be entitled to the benefit under Subsection (2) of Section 167 of CrPC, in the event of a charge sheet having already been filed before his arrest,” the judge said.
“I am of the considered opinion that in the present case, a charge sheet having been laid against the petitioner even prior to the arrest of the petitioner, the petitioner having been arraigned as an accused and charged with a certain offence, I am of the considered opinion that the benefit of Subsection (2) of Section 167 of CrPc would not arise,” he added.