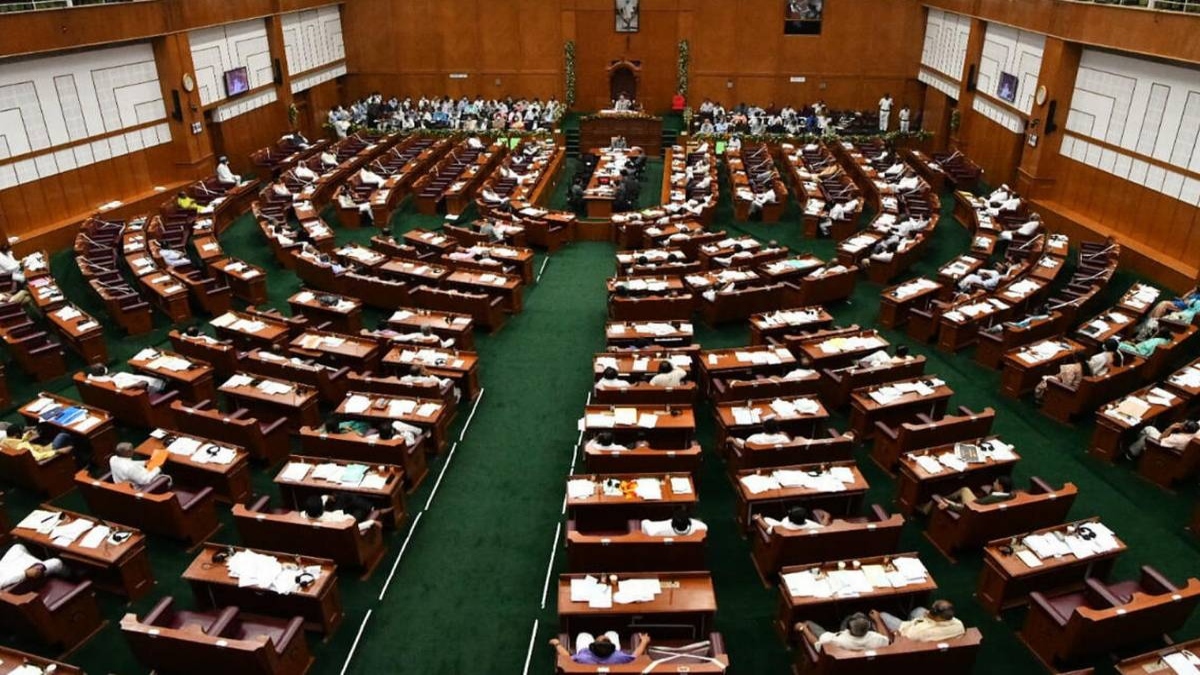 Amid the ongoing fracas, the Karnataka government tabled the anti-conversion bill in the Karnataka Legislative Council, said the officials on Thursday.

The bill was earlier passed in the Karnataka Legislative Assembly. Leaders of both the ruling party and the opposition party have been debating this matter in the House.

“We haven’t made any amendments which could prevent volunteer conversion. We have made amendments to restrict forceful conversions. We are protecting our religion, we have brought this bill to stop forceful conversion. Nowhere do we restrict anybody’s desire,” said Swamy in the council on Thursday. Earlier in the day, Bharatiya Janata Party MLA CT Ravi said that the anti-conversion bill will be passed in the Karnataka Legislative Council as no one supports conversion.

However, Congress MLC Nagaraj termed religious conversion a “private matter” and a person’s right of choice. “The (anti-conversion) bill will pass in the numbers game as well. No one supports conversion, and we will not be scared of the mafia. The bill should pass,” Ravi said.

“It is unfortunate as there are so many issues in state after floods. What is the urgency of doing such things? They want to polarise… this is not acceptable to people as they want to live in brotherhood. It is their right of choice, is a private matter,” Congress MLC Nagaraj had said.

Earlier, BJP MLC DS Arun had expressed his confidence that even the Congress and JDS would support this and everything would go smoothly.

“Even Congress and JDS must support this bill introduced. Everything should go smoothly. It was passed in the lower house, doing it in the upper house now. We’re all enthusiastic it will be passed and it is one of the most awaited bills,” DS Arun had said.

Last year in December, amid a ruckus by the opposition, the Protection of Right to Freedom of Religion Bill, 2021, or anti-conversion Bill, was passed in the Karnataka Legislative Assembly, but due to a lack of a majority, the Prohibition of Conversion Bill was not presented in the Council.

The Bill will provide for the protection of the right to freedom of religion and the prohibition of unlawful conversion from one religion to another by misrepresentation, force, undue influence, coercion, allurement, or any fraudulent means.