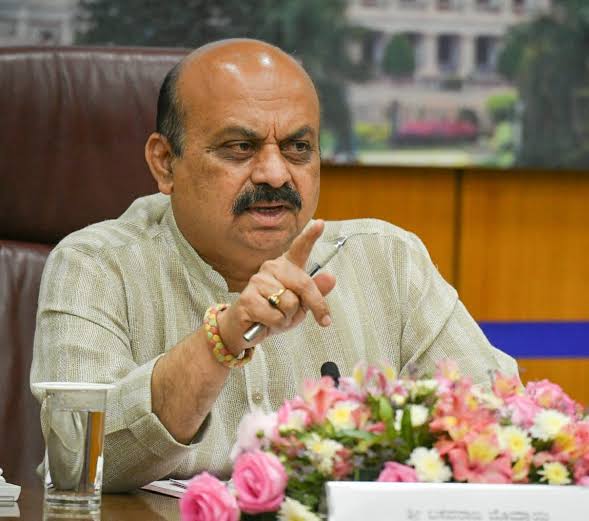 Karnataka Chief Minister Basavaraj Bommai has assured IT businesses that a discussion will be held regarding the estimated loss of Rs 225 crore caused by rain and waterlogging in Bengaluru.

He promised to discuss the losses and compensation they had to bear as a result of the rain and waterlogging in the state capital when he calls. “We will call the IT companies and speak with them related to the issues that they are facing due to waterlogging. We’ll also discuss the compensation and other related damages that have been caused due to rain,” he said.

It follows the Chief Minister’s request from IT businesses to resolve the outer ring road issue.

Bengaluru was severely waterlogged earlier today as the city was battered by torrential rain that didn’t stop falling.

Bengaluru was severely waterlogged earlier as the city was battered by torrential rain that didn’t stop falling.

Waterlogging resulted in traffic delays and interruptions in the lives of everyday people in numerous sections of Bengaluru, including Koramangala.

One of the locals claimed that waterlogging had occurred as a result of the severe rain, making driving extremely challenging. “Too much rain has taken place. We woke up in the morning and saw that waterlogging had started. The water on the road had come up to the level of the divider. After that, we started pumping water out of the road and basement. My whole basement has got submerged under water,” a local resident stated.

Another resident claimed that because of a subpar drainage system, they have to pump out water on a yearly basis.

“This happens every year. Waterlogging takes place after the rain and we have to pump out water. There is no permanent solution. When the road was being made, the drainage system wasn’t prepared well. It leads to many difficulties for the public; many women have actually slipped and fallen into the water,” a local said.

Karnataka saw significant flooding earlier in July as a result of rain, which required the execution of rescue operations and relief efforts. Chief Minister Bommai had to look for financial aid as well.

Related Topics:BommaiKarnataka CM
Up Next