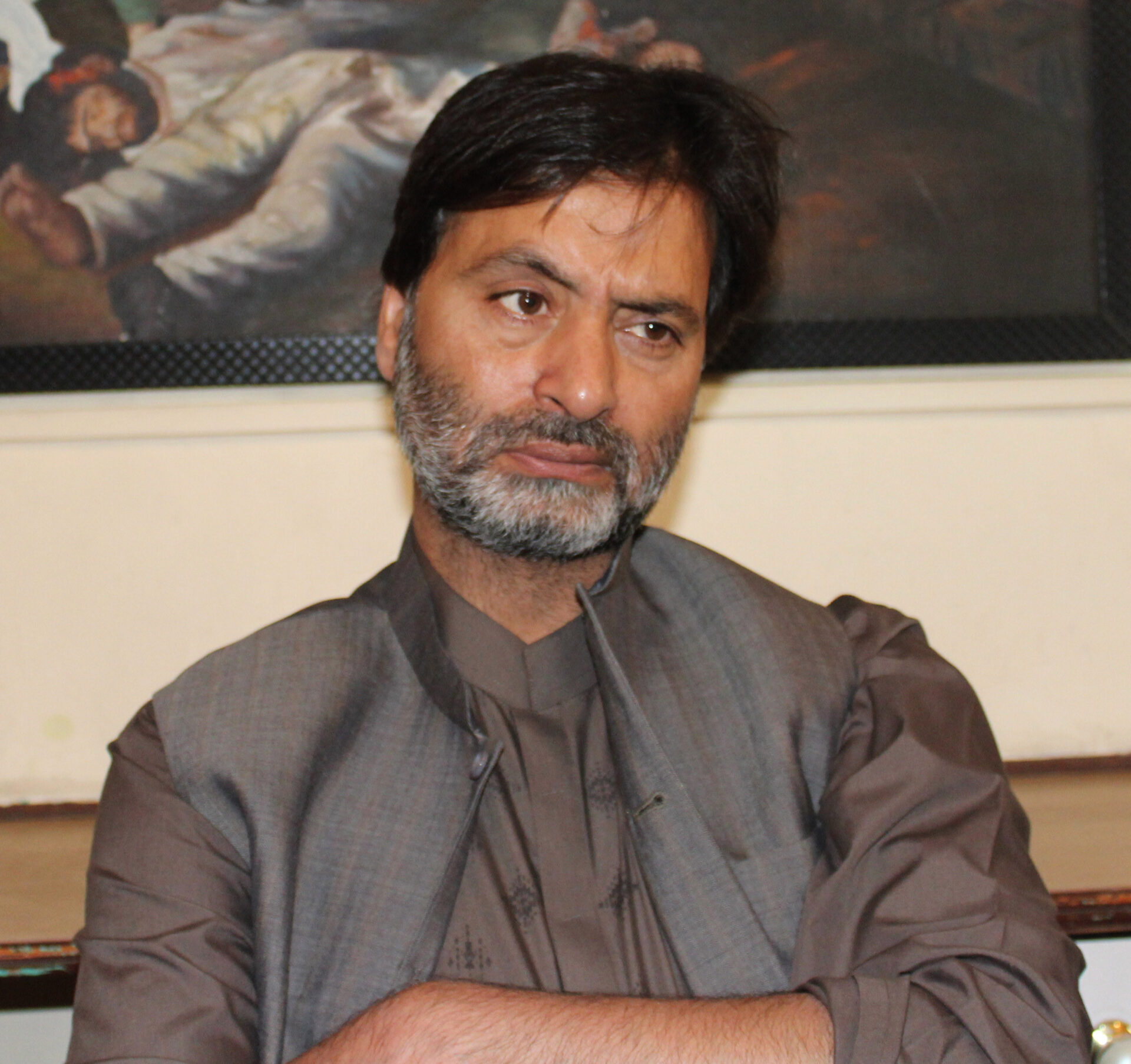 Yasin Malik, the leader of the Jammu & Kashmir Liberation Front (JKLF), who is currently serving a life term in Delhi’s Tihar prison in a case of terror funding, virtually appeared before a special court in Jammu on Wednesday.

When Malik requested to show up in person to cross-examine the prosecution witnesses in two cases involving the 1989 abduction of Rubaiya Sayeed, the daughter of then-Union home minister Mufti Muhammad Sayeed, and the killing of four Indian Air Force (IAF) personnel, the court on September 20 issued Malik’s production warrants to the jail authorities.

The Tihar prison authorities informed the court that Malik could not be personally produced before it, citing directives from the Union home ministry. On November 23, the court will hear the case involving IAF soldiers.

Senior advocate SK Bhat, who appeared on behalf of the prosecution, said the Tihar jail superintendent informed the court that Malik’s travel to Jammu was not possible. He added that the superintendent said an appeal related to Malik’s sentence in the terror funding case is pending before the high court and he has to remain lodged in Tihar jail.

“The special judge accepted the plea. Malik was present virtually during the hearing. Now, he has to cross-examine the prosecution witnesses via virtual mode. Otherwise, his right to cross-examination will be closed,” said Bhat.

He said one of the witnesses identified Malik and his other associates as the ones who held guns with malicious intent when the IAF personnel were killed.

The abduction case will be taken up on Thursday, Bhat said. “She [Rubaiya Sayeed] has been summoned. She may appear. Malik will be virtually present in that case also.” He said Malik had been given a fair trial and that the court offered legal aid but he refused.

Malik and six other people were charged by the special court in March 2020 for allegedly taking part in the murder of four unarmed IAF servicemen at Rawalpora in Srinagar in January 1990.