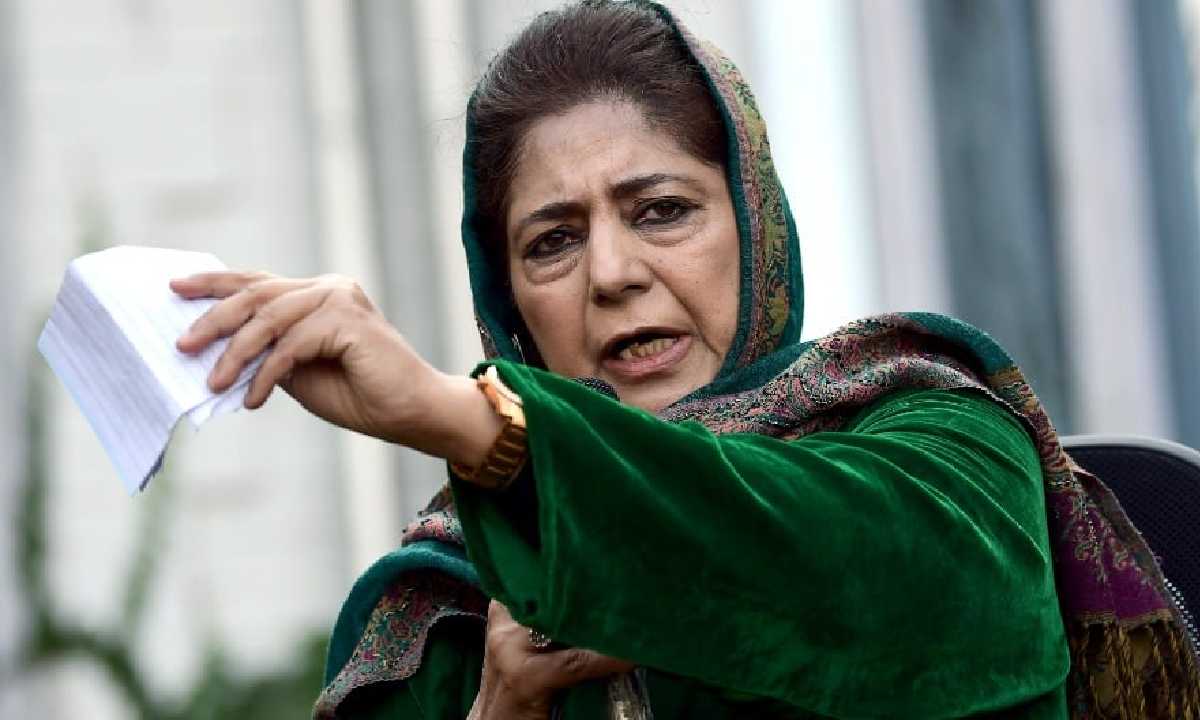 Peoples Democratic Party chief Mehbooba Mufti grieves over the death of ITBP personnel in the Pahalgam bus accident on Tuesday.

Taking to Twitter Mufti said, “Terribly sorry to hear about the targeted killing in Shopian. Condolences to the deceased’s family. GOI (Government of India) continues to behave like an ostrich with its head buried deep under the sand. Every resident of J&K has become cannon fodder in Delhi’s quest for ‘manufactured normalcy’.”

“…I send my condolences to the families and colleagues of the brave ITBP jawans killed in an accident in Pahalgam today. A number of ITBP personnel have been injured. I send my best wishes for their speedy and complete recovery,” Abdullah said.

Moreover, Lt Governor Sinha also said, “Deeply anguished by the bus accident near Chandanwari in which we have lost our brave ITBP personnel. My condolences to the bereaved families and prayers for the speedy recovery of the injured. All possible assistance is being provided to the injured personnel.”

Earlier Union Home Minister Amit Shah expressed his grief and wish for the early recovery of those injured.

“Anguished to learn about the accident of a bus carrying ITBP and police personnel in Pahalgam, J&K. My prayers and thoughts are with the bereaved families. The injured were rushed to the hospital. May they recover at the earliest,” Shah tweeted.

Dr. Syed Tariq a doctor at the Government Medical College of Anantnag said that 30 people were injured in the accident.

However, a major accident happened on Tuesday where an Indo-Tibetan-Border Police (ITBP) bus fell into a deep roadside river bed. The bus carrying 37 ITBP personnel and two J-K Police was on its way from Chandanwari to Pahalgam.