Jammu and Kashmir: Mobile internet access cut off in some areas of Jammu and Rajouri 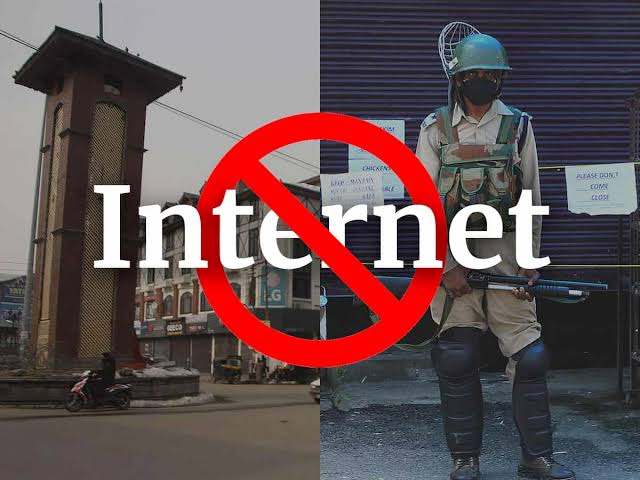 Tuesday saw a temporary halt to mobile Internet connectivity in several areas of the Jammu and Rajouri districts of Jammu & Kashmir.

The internet services were temporarily blocked, according to an official announcement from the Jammu and Kashimir administration, out of concern that they would be “misused by anti-national elements, which may cause a deterioration in public order.” The suspension will last till Tuesday at 7 o’clock.

The incident occurred while Union Home Minister Amit Shah was in the region.

The suspension of mobile internet services has been announced by the government of Jammu and Kashmir, according to Mukesh Singh, Additional Director General of Police (ADGP), Jammu.

“Whereas, the ADGP, Jammu Zone, Jammu, being the Authorized Officer under the Temporary Suspension of Telecom Services (Public Emergency or Public Safety) Rules, 2017, has issued directions to the Telecom Service Providers (TSPs)/Internet Services Providers (ISPs) to suspend mobile data (2G/3G/4G) services in District Jammu at Kat:32.816, Long:74.818 and within a radius of 1.5KMS around the mentioned latitude/longitude and in district Rajouri and within a radius of 1.5KMs w.e.f. 03.10.2022 (1700 hrs) to 04.10.2022 (1900 hrs),” an official notification from the J-K government read.

Shah will address the security situation in Jammu and Kashmir on October 5 at a meeting that will take place at Raj Bhavan in Srinagar.

LG At this high-level meeting, which is anticipated to start tomorrow at 10 am, Manoj Sinha will be present, along with senior officers from the Army, paramilitary forces, state police, and civil administration.

Hemant K. Lohia, the director general of prisons, was discovered dead at his Jammu home Friday night under strange circumstances.

Yasir Ahmed, a 23-year-old domestic helper who is a crucial suspect in the investigation, is being sought by police after they claimed they suspect he was murdered.

“All are advised to please stick to the official version, which is based on an investigation,” he said.