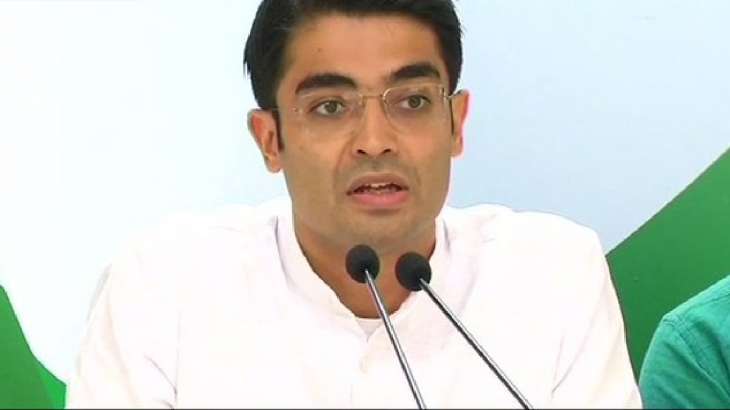 “Now a senior leader is speaking about it becoming a club of PAs and security guards shows that leaders across age groups are frustrated and disappointed by this entire coterie culture that is thriving in the Congress,” Shergill said.

Shergill dismissed the upcoming Bharat Jodo Yatra and said, “Bharat Jodo is a PR gimmick. In reality, this cabal is working within Congress on ‘Congress Todo Abhiyan’, elbowing out all the well-meaning leaders. This letter speaks loudly of sentiments of thousands of well-meaning Congress workers who are troubled by this ‘Darbari’ culture.”

Earlier on Wednesday Jaiveer Shergill resigned as Congress spokesperson and said the party does not align with the ground reality and is influenced by sycophancy.

“I have resigned from all posts in the Congress party. The primary reason for the resignation is that the decision-making in INC is no longer being done keeping the interests of the public in mind. It is purely influenced by a coterie who indulges in sycophancy. The decision-making of the Congress party is not in sync with the ground reality anymore. I have been seeking time from Rahul Gandhi, Sonia Gandhi, and Priyanka Gandhi Vadra for more than a year, but we are not welcomed in the office,” Shergill said.

Shergill further stated, “In the past 8 years, I have not taken anything from Congress but only given to the party. Today when I am being pushed to bow down before people because they are close to the top leadership, this is not acceptable to me.”

Earlier in the day, Senior Congress leader Ghulam Nabi Azad resigned from the party including from all the positions.

Azad wrote a five-page letter to Congress president Sonia and said senior leaders have been sidelined and a “coterie of inexperienced sycophants” are taking all the decisions.

“The Indian National Congress has lost both the will and the ability under the tutelage of the coterie that runs the AICC to fight for what is right for India,” Azad wrote in the letter.

“It is therefore with great regret and an extremely leaden heart that I have decided to sever my half-a-century-old association with the Indian National Congress,” Azad’s leader read.

However, on 16 August Azad quit the post of the head of the Jammu and Kashmir Congress campaign committee.

“No, there is nothing like that”; says Sonali Phogat’s brother Rinku Dhaka