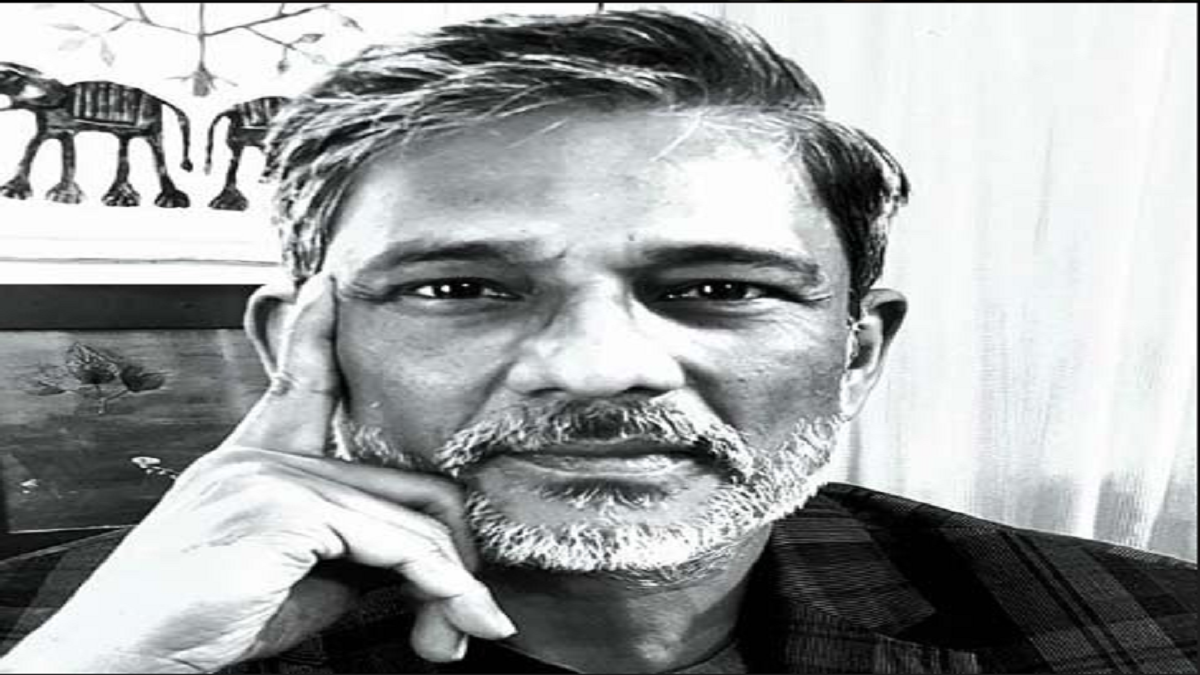 Actor Adil Hussain says he has seen amazing talent in India. He feels it is a shame that many Indians had to fly out of the country to get acknowledgment. Adil stars in the film Pareeksha: The Final Test, which deals with the Indian education system.

“It is very important for us to know that there is a pool of talent across the country, I’ve seen amazing talent coming out from various regions of the country. I feel it is the duty of the current government to give these children, specifically from the economically marginalised section, equal opportunities across sectors education being primary,” said Adil.

“I feel it is a shame that many Indians had to leave the country and go abroad to get their acknowledgment, as the CEO of Google or for that matter the scientists working in NASA. I hope this changes and our film Pareeksha brings awareness amongst the ruling class and authorities that we still need to do a lot to let alone even acknowledge the talent in our nation,” he added.

The film is based on true events, and is directed by Prakash Jha.

I want to play Kalpana Chawla on screen: Vaani Kapoor

Sad to see people asking us to sing for free in Covid times: Sonam Kalra

Swara Bhasker is shooting in Delhi 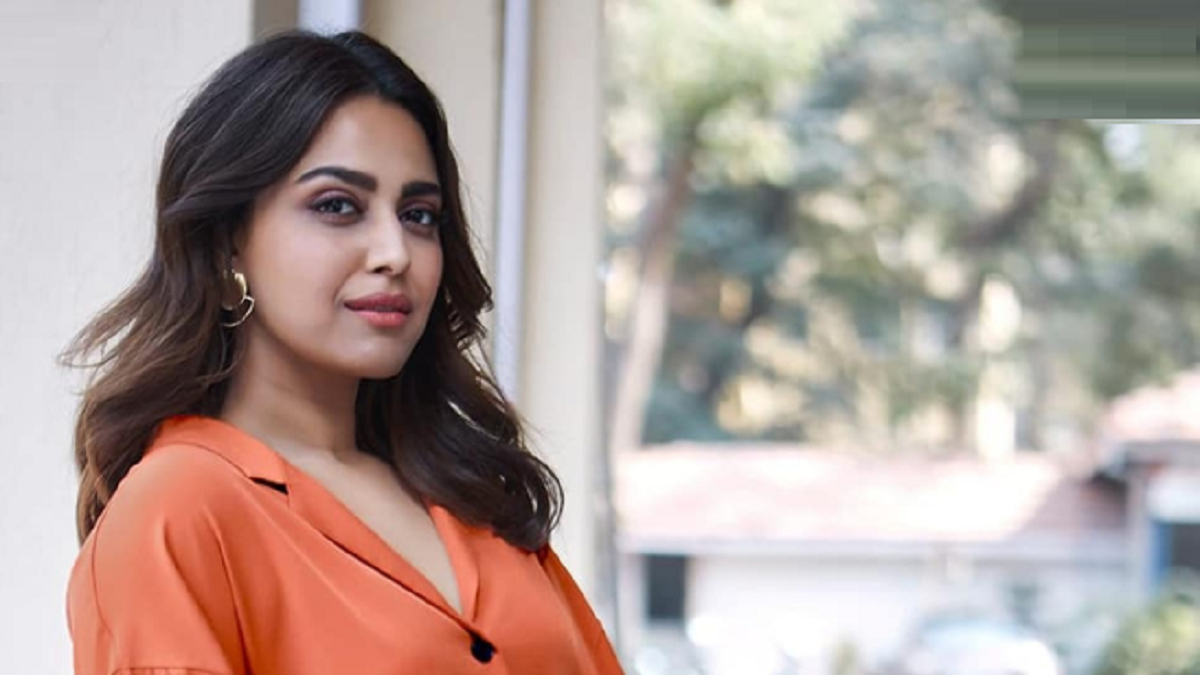 Swara Bhasker resumed work in the Capital amid the pandemic and she says getting back in front of the camera always feels good. Swara shot for a magazine cover in Delhi following Covid guidelines and restrictions. The entire crew, along with Swara, wore masks, gloves and maintained social distancing on set. The actress only took off her mask during the shoot.

“The experience was wonderful. Getting back in front of the camera always feels good and I was missing it so much. It went on for 7 hours. I was shooting for two days back to back,” she said. The actress added: “There were not more than 12 people at a time. My personal staff included 3 people.”

Is there any pressure on her to return to Mumbai for work? “There is no pressure. I want to get back to work as soon as possible. Having said that, I also don’t want the Covid-19 virus to spread during any of the shootings. So, precaution is always better and that is what I am following,” she said. On the work front, Swara will be seen in LGBTQ+ drama ‘Sheer Qorma’, besides ‘Bhaag Beanie Bhaag’, where she plays the character of a stand-up comic. 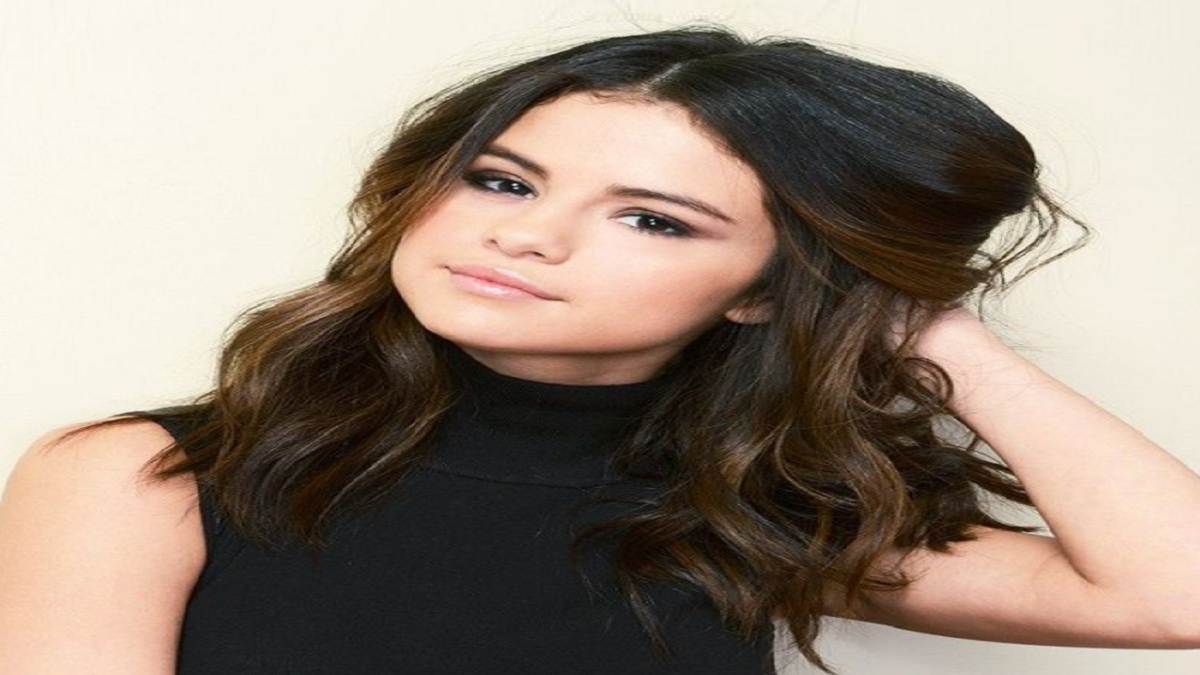 Singer Selena Gomez has showed off her scar from a kidney transplant in a new social media post. She says she now feels confident and is proud of what she had gone through. The 28-year-old singer took to Instagram to post a photo of herself in blue swimwear. She is seen posing with one leg placed on a rock, which puts her inner thigh scar on display. She got the scar from an emergency follow-up procedure after her kidney transplant in 2017.

“When I got my kidney transplant, I remember it being very difficult at first showing my scar. I didn’t want it to be in photos, so I wore things that would cover it up,” she captioned the post. “Now, more than ever, I feel confident in who I am and what I went through… and I’m proud of that. T – Congratulations on what you’re doing for women, launching @lamariette whose message is just that…all bodies are beautiful.” 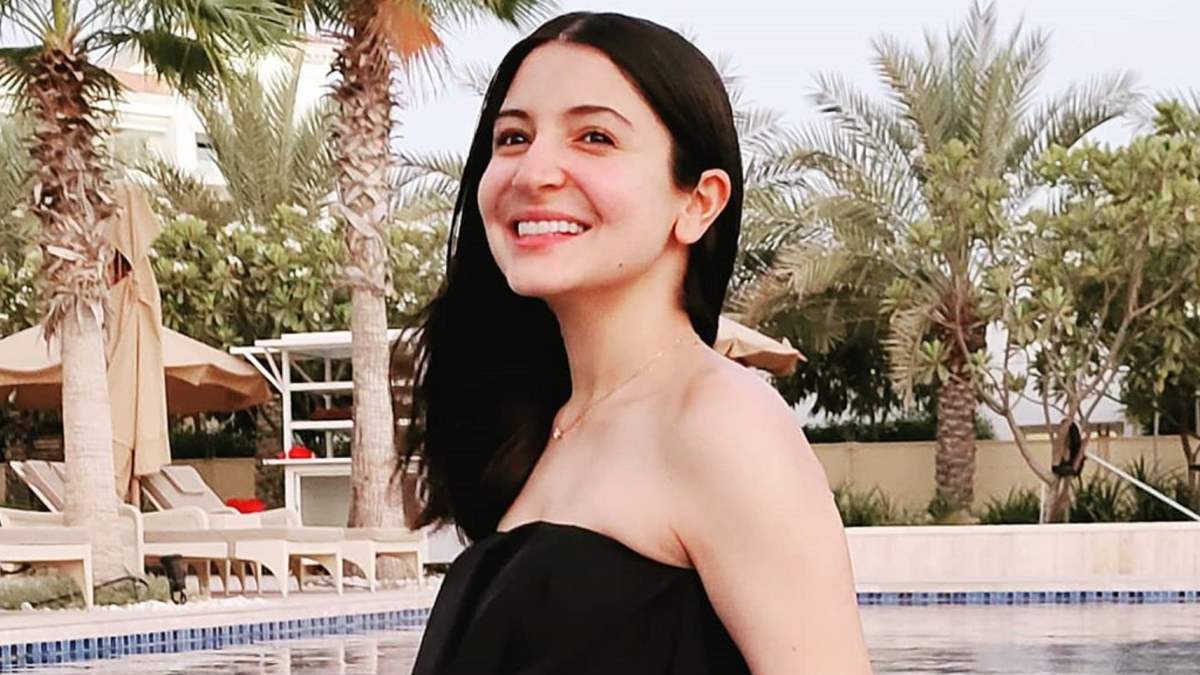 Actress Anushka Sharma on Friday slammed veteran cricketer Sunil Gavaskar for accusing her of Virat Kohli’s dismaying performance during Royal Challengers Bangalore (RCB) vs Kings XI Punjab (KXIP) at the IPL. He later responded to the allegations. Anushka had shared an open letter shared on Instagram, ‘it is 2020 and things still haven’t changed for me’. She asked Gavaskar to explain making ‘such a sweeping statement on a wife accusing her for her husband’s game?’. She is sure he must have respected the private lives of every cricketer while commenting on the game but don’t they deserve equal respect? The actress continued, “When will I stop getting dragged into cricket and stop being used to pass sweeping comments.” She added that he is a legend whose name stands tall in the gentleman’s game.

“Where am I blaming her? Where am I being sexist in this? I am just stating what was seen in the video. That’s the only thing I am doing,” said Gavaskar to a news channel. He mentioned that the only time Virat was seen practising was during this video on the topic of players not having got enough opportunities to practice cricket in lockdown. 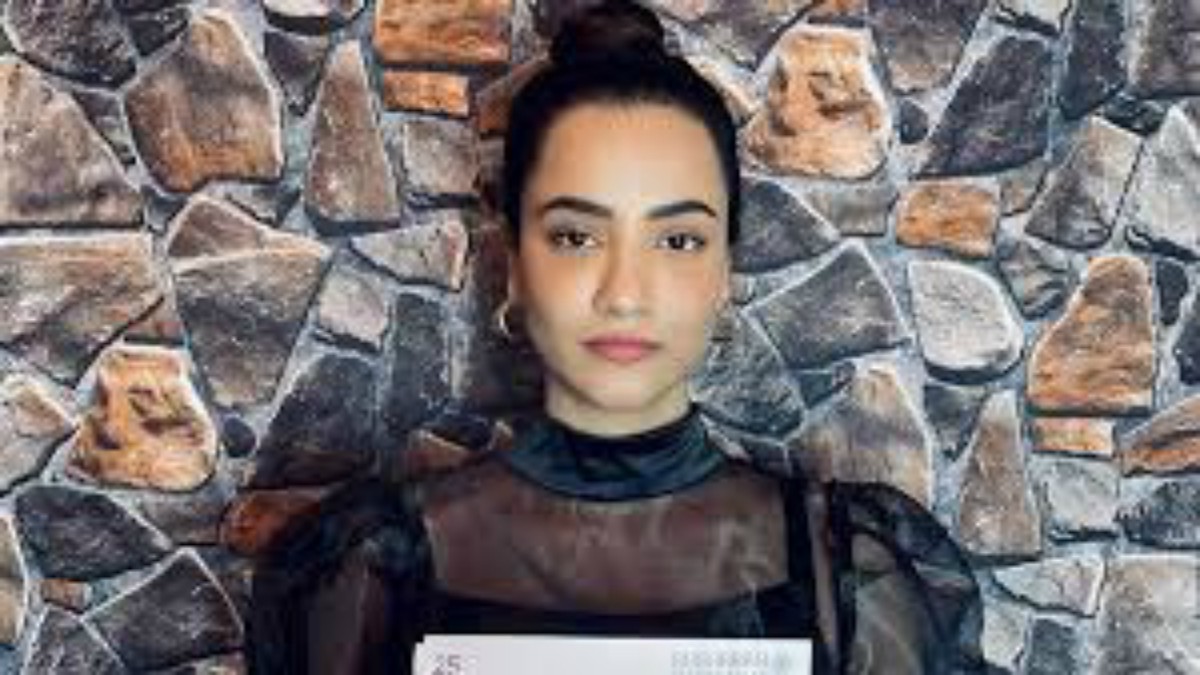 With Narcotics Control Bureau’s (NCB) ongoing drug probe into Bollywood, Tia Bajpai, a film and television actress took a voluntary drug test and shared the report online. The ‘Haunted 3D’ actress also urged her coartists and colleague to get a drug test done.

Sharing a video on social media, Tia wrote, “Not everyone is the same, and if any of my fellow artists don’t want to get generalised, get a drug test done and put it out in public domain. #NotAllAreDruggies #GetATestDone #SayNoToDrugs.” In the video, Tia can be heard saying, “Right now, the entertainment industry is being maligned because of certain people consuming drugs. That is why I have come out with my drug test today. I got a drug test done and as you all can see, it is all negative. I would request everyone to kindly not paint all of us with the same brush. Some of us are doing serious work and working hard to create a name for ourselves.”

Tia went on to say, “I would also request all my fellow artists to please get a drug test done and put it out in the public domain. Do it for yourselves, do it for your family, do it for your career and most importantly, do it for all the fans who love you unconditionally.” Tia’s post has come at a time when the NCB has summoned big Bollywood actresses like Deepika Padukone, Sara Ali Khan, Shraddha Kapoor and Rakul Preet Singh for questioning in drug probe linked to the Sushant Singh Rajput death case.

Vidyut Jammwal has a ‘dirty’ question 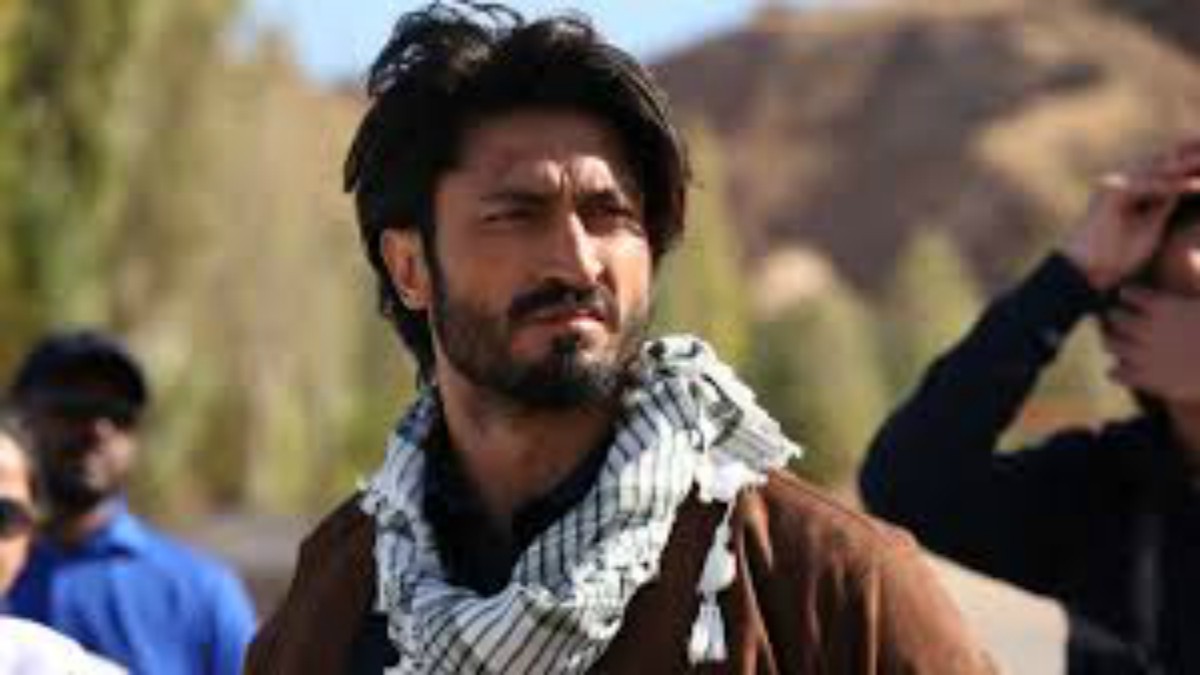 Bollywood action star Vidyut Jammwal seems to be in the mood to dissect what defines a dirty person. Vidyut shared an Instagram picture where he wears a robe and pours hot water in a cup. “Question? Do dirty thoughts make us dirty people..” he captioned the picture. Vidyut’s ‘Commando’ costar and friend Ad a h S h a r m a dropped a hilarious comment: “#SwachBharat# CleanIndia.” The actor recently spoken about his vision to popularise the indigenous martial art kalaripayattu through Indian cinema. 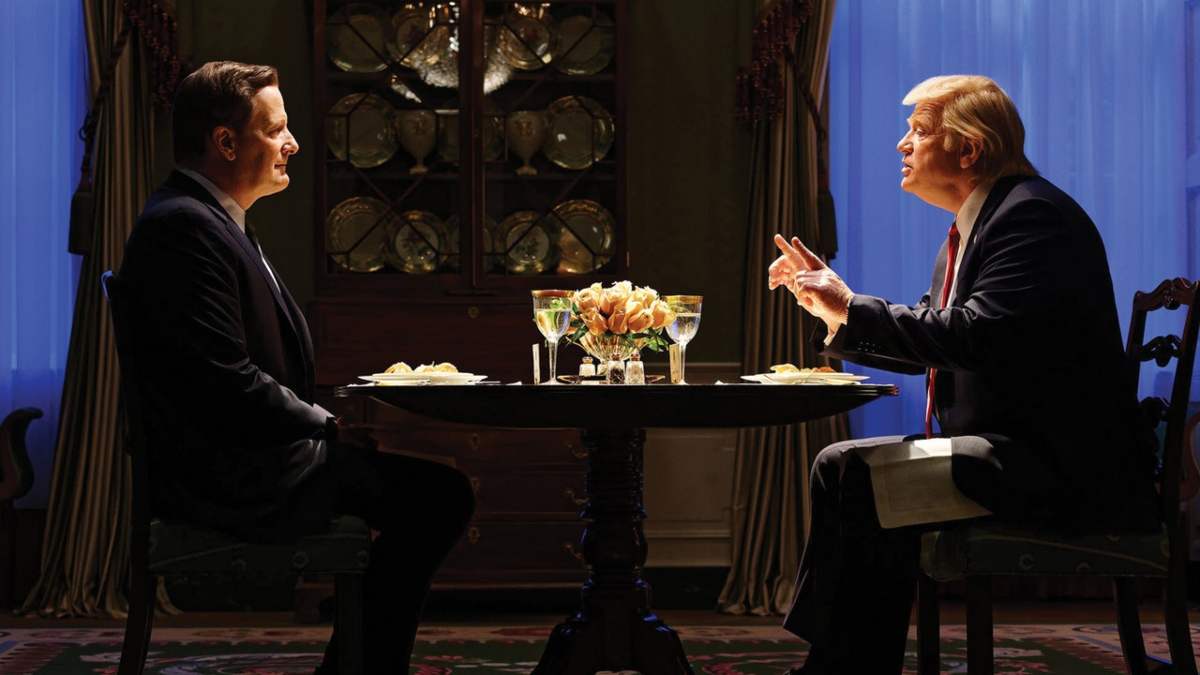 If I were to ask you to pick your best scene ever in all of American television in the drama space, a lot of you would be tempted to either go with something from Breaking Bad or Game of Thrones. Some of you might go for The Sopranos, The Wire, or Mad Men. Others may pick a scene from Homeland or The Americans and so on. But, in my opinion, it’s really difficult to find a finer moment in the history of American television than when Jack Daniel’s American news anchor character Will McAvoy launches a lamenting tirade about the United States in the first season pilot episode of the 2012 HBO series  The Newsroom, a monologue that he ends by declaring that “America is not the greatest country in the world anymore.” Of course, it’s brilliantly written by one of the greatest American screenwriters Aaron Sorkin but it’s how Jeff Daniels delivers it that makes it so impactful and unforgettable. In the new Showtime series (available in India on Voot Select), Jeff Daniels is back in his element, this time playing the part of the former FBI Director James Comey who got fired by Donald J. Trump just five months after his inauguration as the 45th President of the United States of America.

A two-part event series based on Comey’s book ‘A Higher Loyalty’, The Comey Rule is both adapted and directed by Oscarnominated screenwriter Billy Ray. It stars another Emmy winning actor, Brendan Gleeson as President Trump. Now, its first part focuses on Comey’s appointment as the FBI Director by President Barrack Obama in 2014. Two years into his tenure, the FBI is plunged into two highly controversial cases. Comey’s decisions on both these cases would have a long-lasting impact on not just his career but also the course of history.

The second episode mostly deals with the months that Comey serves as the FBI Director under President Trump. After Trump wins the US presidential election, a large section of Hillary Clinton’s supporters blame Comey for unjustly tipping the balance in Trump’s favour. Even as Comey deals with this, he must also find a way to work with Trump who demands “loyalty” from him. While Comey wants to maintain the neutrality his position demands, Trump wants him to be flexible in his dealings. This sets the two men on a collision course that ends with Comey’s ouster from the bureau. The series ends with a rather alarming note: “US Intelligence Agencies have now concluded that Russia is actively interfering with the 2020 US election, just as it did in 2016. The President has yet to acknowledge this finding.”

The Comey Rule is both timely and combustible. It presents a riveting account the 2016 presidential election and its aftermath. It shouldn’t be seen as a biopic of one man, for it tells the story of two powerful and diagonally opposite personalities. However, it’s important to highlight that the series doesn’t take an objective point of view on the turn of events as it’s told from Comey’s point of view who from the word go was suspicious of Trump whose very company made him feel a little uneasy. And despite trying his best to be accommodative, he ultimately failed to live up to his standards of loyalty and got sacked unceremoniously. Gleeson brilliantly succeeds in bringing Trump’s domineering personality and peremptory nature to the fore. Every dialogue he delivers feels like a piercing needle. Daniels, on the other hand, is grit and grace personified as Comey. One can feel the weight he carries on his shoulders. The scenes he shares with Gleeson are some of the finest that you will see on television this year. The Comey Rule offers a gritty, realistic take on an insider’s journey through the corridors of power, where decisions capable of changing the course of lives of millions are taken within seconds, simply to open up possibilities that can yield political gains or negate the gains made by the adversaries.

It’s all a game of one-upmanship where the likes of Comey act as pawns that get frequently sacrificed by those in seats of high power. With the 2020 presidential elections now just a couple of months away, the series can serve as a veritable primer on US politics for the uninitiated. Also, it proves to be a strong reminder of how small slipups can lead to major upsets in politics and so there are some important lessons to be learnt here for other democracies also.