ISSF Shooting WC: Adapting to Tokyo Range won’t be a problem for us, says Manu Bhaker 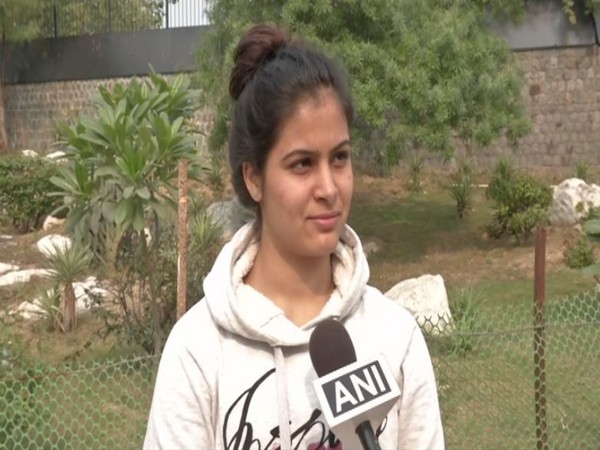 By Nitin Srivastava
New Delhi [India], March 17 (ANI): 2018 World Cup gold medalist, Manu Bhaker on Wednesday said that she is confident of doing well in the upcoming ISSF Shooting World Cup New Delhi.
Last month, the NRAI had announced a 57-member Indian team for the year’s first combined ISSF World Cup Rifle/Pistol/Shotgun stage, scheduled in New Delhi’s Dr Karni Singh Shooting range from March 18 to 29. The World Cup will see as many as 30 finals being held at an ISSF World Cup stage for the first time with the new team formats approved by the ISSF last year coming into play.
“After a very long time we will be having an international competition, I am looking forward to it. The past one year has been tough for everyone, not just the Indian athletes. We will see how we are able to perform, how we have been training and how we will be able to deliver, we can just hope for the best,” Bhaker told ANI.
Speaking about Tokyo Range and the windy conditions, Bhaker said: “Best part about India is that we have all seasons here, every sort of climate, temperature and enviornment. We have had all experience about the windy conditions and climate changes, I believe that it won’t be a problem for us.”
Talking about life inside a bio-bubble, Bhaker said: “I am working on my mental conditioning. In the beginning, it was a sort of challenge for all because I believe we never had so many restrictions in one go, you are restricted in everything, you can’t go outside of a room you are meant to be in the room alone.”
Earlier, Rajeev Bhatia, the secretary of the National Rifle Association of India (NRAI), had confirmed that spectators won’t be allowed in the upcoming ISSF Shooting World Cup. (ANI)