Iranian teen dies after protesting against wearing of Hijab 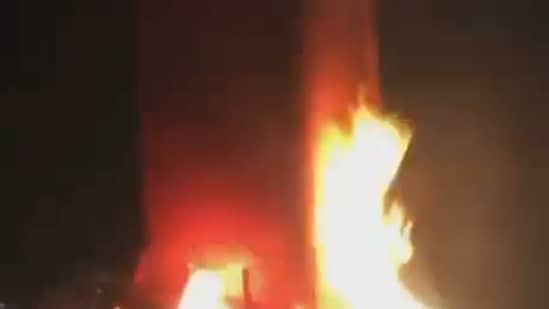 Videos of a teen protesting in Tehran against the compulsion for women to wear a hijab, or headscarf, only hours before she died, have appeared online amid the country’s fourth week of intense protests.

The adolescent girl is shown in a video holding a burning headscarf while standing on a dumpster in the street while wearing all black. The girl throws the burning headscarf to the ground after waving it around. Death to the dictator, reportedly referring to Supreme Leader Ayatollah Ali Khamenei, is being chanted by the protesters around her.

She was identified as Nika Shakarami, and hours after the rally, she apparently went missing.

According to her family, they found her body at the mortuary 10 days after she went missing, reported the BBC. It further reported that the family was only allowed to see her face for a few seconds just to identify her.

In an interview with the BBC, the victim’s mother said that she is also against compulsory hijab.

Following Mahsa Amini’s murder in custody, protests in Iran have resulted in the deaths of more than 100 people so far.

Amini, a 22-year-old Kurdish Iranian woman who was jailed for allegedly breaking the law requiring women to dress modestly and wear hijabs, was pronounced dead on September 16. The largest wave of public unrest to hit Iran in nearly three years resulted from this. Security personnel and Iranian protestors engaged in violent clashes.