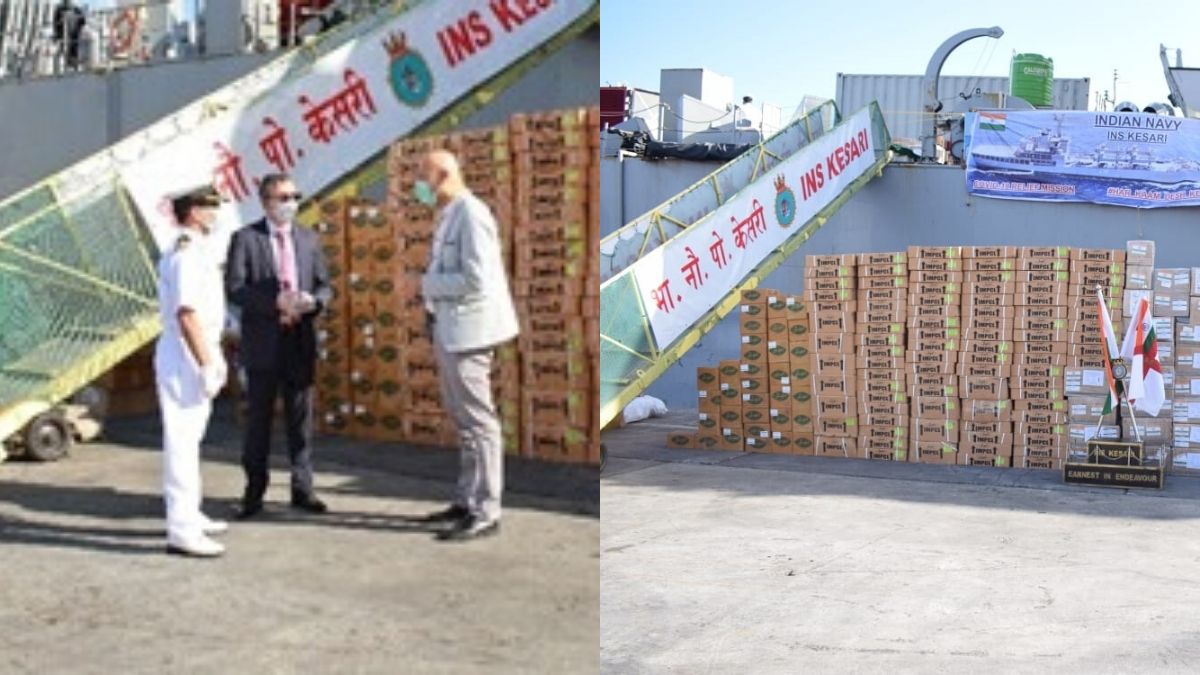 In addition to the medicines, the Indian government has also sent a 14-member specialist medical team comprising of Indian Navy doctors and paramedics. This special medical team is embarked onboard this ship will work alongside their Mauritian counterparts and these teams will together render assistance for Covid-19 related emergencies in Mauritius.

The special medical assistance team includes among others, a community medicine specialist, a pulmonologist and an anaesthesiologist. The composition of this special medical team has been done in coordination with the Mauritius government to meet the local requirements. Since this was a special gesture, an official ceremony for handing over the medicines from the Indian government of Mauritius was conducted at the Port Louis.

On behalf of the Mauritius government, their minister for health Dr Kailesh Jagutpal attended the ceremony and received the consignment. The Indian side was represented by the High Commissioner of India to Mauritius Tanmaya Lal. The minister also interacted with Commander Mukesh Tayal, Commanding Officer of Indian Naval Ship Kesari during the handing over ceremony. The assistance to Mauritius is a part of the Indian government’s outreach amidst the ongoing Covid-19 pandemic and this operation is being progressed in close coordination with the Ministry of External Affairs and the Ministry of Defence.

The arrival of INS Kesari at port Louis was followed by a telephonic conversation between the two Prime Ministers where Mauritius Prime Minister Pravind Jugnauth thanked PM Modi for this special gesture and PM Modi conveyed his appreciation for the effective COVID-19 response mounted by Mauritius under Prime Minister Jugnauth’s leadership, which has resulted in no new cases being reported in Mauritius for several weeks. He suggested that Mauritius could document its best practices, which would be helpful for other countries, especially island countries, in dealing with similar health crises.