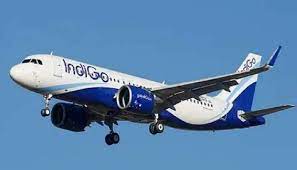 After the Air India urination incident on Monday, one more case has come to light in which two drunk passengers caused havoc on a Patna-bound IndiGo flight from Delhi after which IndiGo airlines refuted the incident.

Meanwhile, IndiGo airlines said that no such altercation has taken place on a Patna-bound flight from the national capital.

Taking to Twitter IndiGo airlines said, “With reference to the incident that took place onboard 6E 6383 from Delhi to Patna, the matter is under investigation with the authorities. We would like to clarify that there was no altercation onboard the aircraft, as what is being reported in some sections of social media.”

Earlier media reported that two passengers has been arrested for allegedly creating havoc in an inebriated state on Sunday night after which airlines issued a clarification.

Moreover, at the airport police station, both passengers have been arrested for being in an inebriated state.