Indian rupee gains 37 paise against the US dollar, reaching 81.30 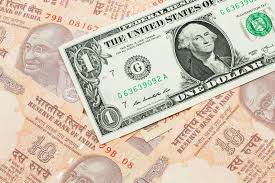 The rupee rose 37 paise to 81.30 against the US dollar in early trade on Tuesday, as the US currency fell from its highs.

The domestic unit opened at 81.45 against the dollar on the interbank foreign exchange, then fell to 81.30, a 37-paise gain from its previous close.

The rupee fell 58 paise against the dollar on Monday, reaching an all-time low of 81.67.

According to Sriram Iyer, Senior Research Analyst at Reliance Securities, the rupee strengthened against the dollar as the greenback took a breather.

Experts predict that the focus will now shift to the RBI’s meeting this week, with its decision due on Friday.

“Most Asian and emerging market peers have started mixed, but a positive start in the equity futures could aid sentiments. The dollar index was marginally weaker, while the Euro, Sterling and the Yen strengthened against the greenback in this Tuesday morning trade,” Iyer said.

Meanwhile, the dollar index, which measures the strength of the US currency against a basket of six currencies, dropped 0.36 percent to 113.69.

According to exchange data, foreign institutional investors (FIIs) were net sellers in the capital markets on Monday, offloading shares worth 5,101.30 crore.