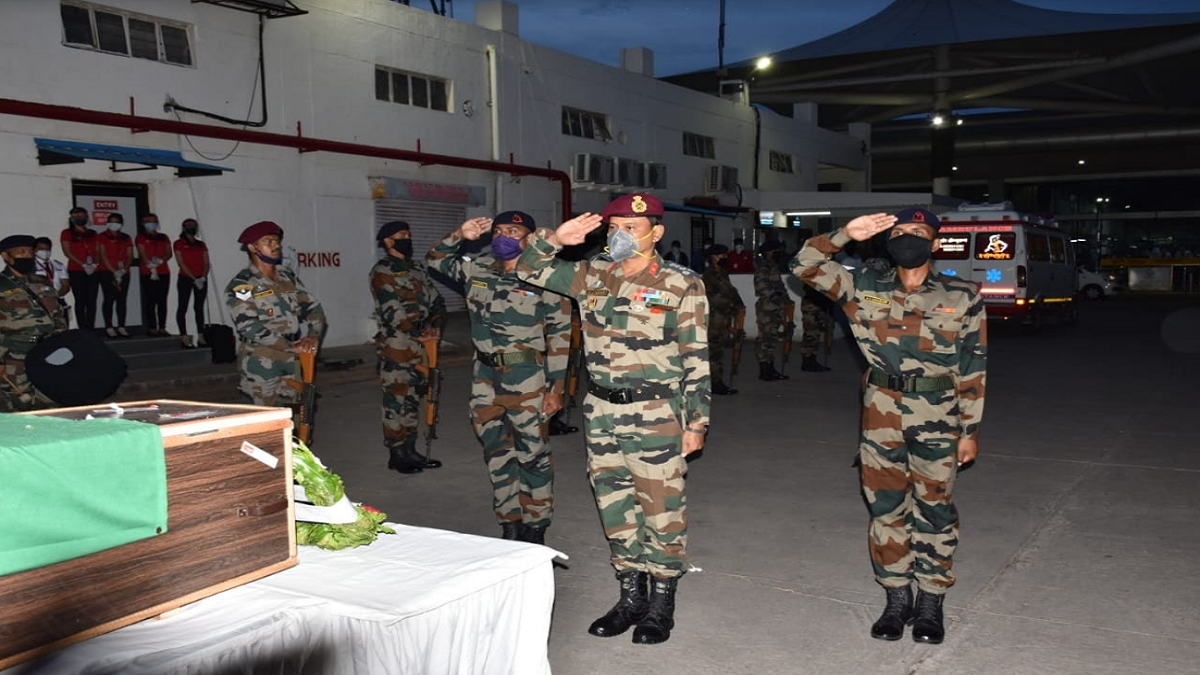 The Indian Army paid its last respects to Naik DSV Sachin More, the brave son of Maharashtra who made the supreme sacrifice of his life in service to the nation during construction of road and bridge in extreme weather conditions in Leh. The mortal remains of the Non Commissioned Officer were received at Pune airport by military personnel of Headquarters, Dakshin Maharashtra and Goa sub area, with full military honours befitting a soldier.

Naik DSV Sachin More belongs to Sakori village of Nashik district and is survived by his wife Smt Sarika Sachin More. A wreath on behalf of the Army Commander and all ranks of Southern Command was laid in honour of the valiant soldier by Station Commander, Pune. Tributes were also paid by other Military personnel from the station. The last rites will be performed with full Military honours tomorrow at his home town in presence of family members and well wishers.

India needs to have ‘Chini Kam’