India today aspires to take our ranking in the GII Index to the top 25: Piyush Goyal 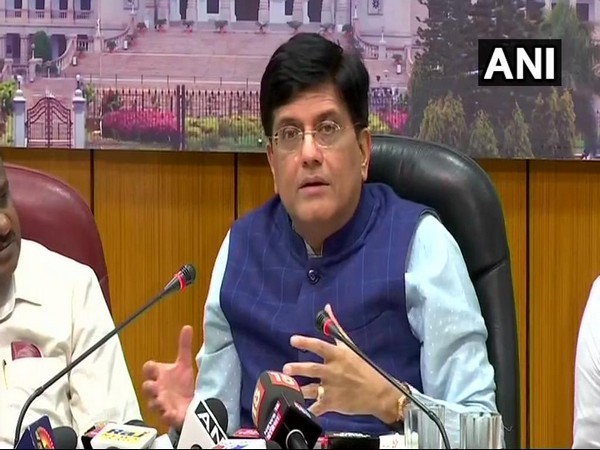 Union Minister for Commerce and Industry, Consumer Affairs, Food and Public Distribution and Textiles, Piyush Goyal said that India had come a long way in the Global Innovation Index (GII) from the 81st spot in 2015 to the 40th spot in 2022 today. ‘We were 46 last time the ranking was done. We have also maintained 1st rank in ICT services exports over the years’ he added. Shri Goyal was delivering a virtual message to mark the launch of the Global Innovation Index, 2022 by the World Intellectual Property Organization (WIPO).
The Minister said that GII has established itself as a tool for Governments across the world to reflect upon policies and their impact. “GII has over the years recognized India’s continuous rise due to the progressive measures taken by the government and industry working hand in hand”, he added. He also expressed his gratitude to WIPO on behalf of 1.3 billion Indians and said that India today aspires to take our ranking in the GII Index amongst top 25, he said.
India Innovating Like Never Before!
India climbs to the 40th rank in the Global Innovation Index of @WIPO, a huge leap of 41 places in 7 years.
The steady rise testifies that India under the leadership of PM @NarendraModi ji is rapidly emerging as the global innovation hub. pic.twitter.com/pltqW8kdUh
— Piyush Goyal (@PiyushGoyal) September 29, 2022
Goyal said that Innovation has been a catalytic force for the economy and society. “Though innovation implies novelty, it is also rooted in tradition for us in India. Ancient scientific knowledge including the Vedas and traditional medicine are a testament to India’s innovative spirit”, he added.
The Minister said that India had established the first of its kind Global Centre for Traditional Medicines in collaboration with the WHO, representing India’s ancient scientific prowess.
Goyal said that as the importance of the ‘knowledge economy’ grows, innovation will lay the roadmap for development in India. “We have been working to strengthen Research & Development across sectors as amplified by Prime Minister Shri Narendra Modi’s clarion call to make innovation our nation’s mission”, he added.
The Minister noted that agility, enthusiasm and energy of our youth are powering the start-up ecosystem. He observed that India today the 3rd largest start-up ecosystem and is home to over a 100 unicorns. “Start up revolution has spread across India. Over half the start-ups are from remote small towns”, he said.
Goyal opined that incubation, handholding, funding, industry-academia partnership and mentorship have stirred entrepreneurial spirit across the country. He said that India had embarked on the ‘Digital India’ journey in 2015 and have set up a goal of a trillion-dollar digital economy in the next few years. “Digitization of Government initiatives and public services has been our continuous focus”, he observed.
The Minister outlined several areas in which digital technologies are employed from mapping capital assets using GIS technology to revolutionizing payments through UPI. In fact, 40% of global real-time digital transactions happened in India last year, he underscored. “To further strengthen innovation, we have introduced the National Education Policy, which promotes the spirit of enquiry by setting up incubation & technology development centers. With over 9000 Atal Tinkering Labs, we encourage youth to develop solutions to society’s problems”, he added.
Shri Goyal also stressed that India has taken up structural reforms to strengthen its IPR regime including modernization of IP office, reducing legal compliances and facilitating IP filing for start-ups, women entrepreneurs, the small industries and others. “Domestic filing of Patents registered a 46% growth in the last 5 years. We are now transitioning to a knowledge-based economy”